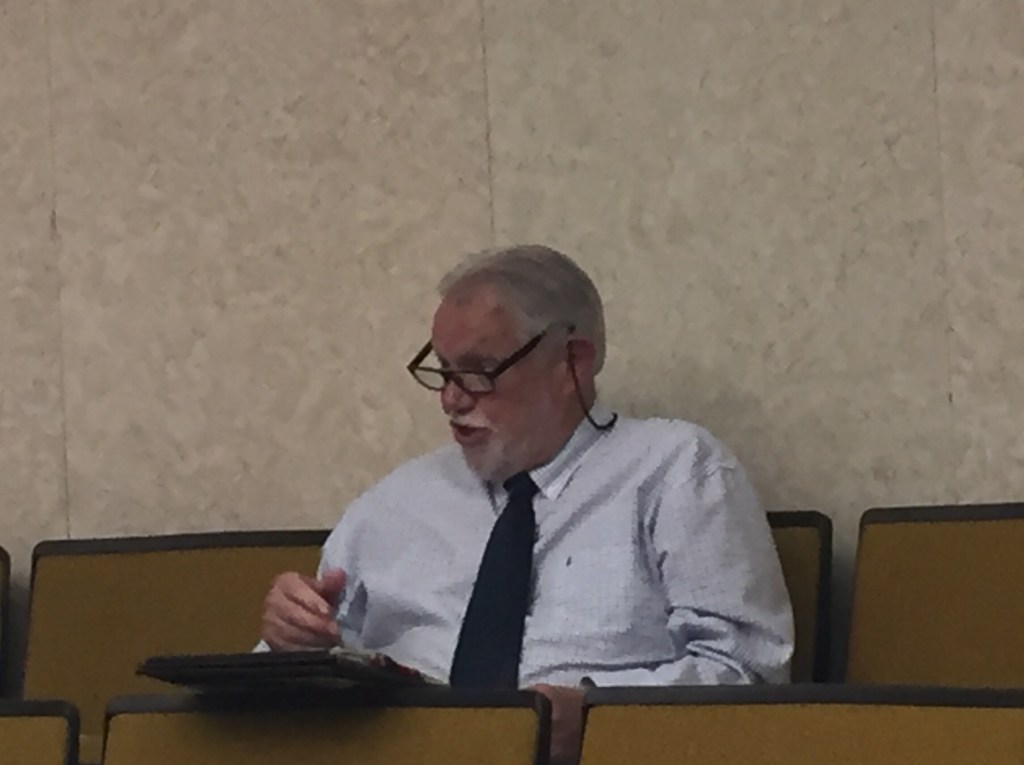 The Bell County Fiscal Court discussed issues including a possible annexation discussed by the city of Pineville and the progress of the Boones’ Ridge project (Formerly known as the Appalachian Wildlife Center project) during a meeting on Tuesday.

Bell County Judge-Executive Albey Brock called the meeting to order, and shortly thereafter Magistrate Eddie Saylor had some questions for the court.

Saylor asked why Pineville would take such action.

“That would be a question better placed with them,” Brock said. “That’s not something they would have to discuss with me.”

Saylor inquired if the county loses tax revenue on property annexed by a city.

“No,” Brock answered. “If you choose to come into a city, it doesn’t effect the county tax rate whatsoever…we lose nothing by them doing that. They would gain.”

Saylor then brought up the Boone’s Ridge project.

Brock explained if Boone’s Ridge wished to come into the city, they could do so. Saylor then brought up the possibility of alcohol sales at the Boone’s Ridge facility.

“I will say the sin word, alcohol,” Saylor said. “If we’re going to do this, the people of Bell County need to have the option to vote for alcohol.”

According to Saylor, the reason given at the Pineville City Council meeting for the annexation was the Boone’s Ridge facility.

Saylor told the court he had not heard any support for the annexation from the residents of his district.

After further discussion, Saylor stated his view on annexation.

“I don’t think any city ought to be able to annex anything without the people voting on it,” Saylor said.

“That is something you need to take up with the state legislature,” Brock said. “They get the authority to do that from KRS. They don’t get it through local statute. They’re exercising their rights under the law.”

Later in the meeting, Brian O’Brien of WRIL FM, which streams the meetings live, advised the court that Pineville Mayor Scott Madon had responded via the station’s live stream. Brock asked O’Brien to read Madon’s statement.

“We did not Annex any county roads or property. We are trying to assist a company that will have up to 300 jobs and they want and need our city water and sewer and police protection and a full-time fire Dept. It will not adversely affect the county in any way. We annexed state right ways, not county,” said Madon.

After the meeting, Brock addressed the question of alcohol sales at Boone’s Ridge.

“I spoke with the developers of Boone’s Ridge, and they at this point in time – and have not at any point prior – had any intentions of having alcohol sales on the property. Any insinuation that Pineville’s annexation was toward that end would be a wrong assumption, and folks that live in that area should not have any concerns about Boone’s Ridge and alcohol,” Brock said.