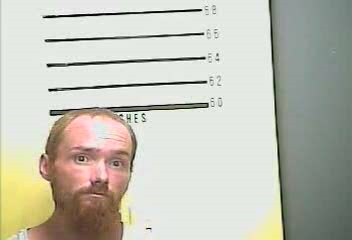 A man is facing a charge of burglary after allegedly taking items from the Middlesboro Fire Department/EMS station.

Lowe was charged with third-degree burglary and public intoxication by controlled substance (excludes alcohol). He was lodged in the Bell County Detention Center.

* Middlesboro City Police responded to a call recently of a man possibly intending to jump off an overpass.

According to a press release, Middlesboro City Police Officer Nick Capps was dispatched to an overpass near a National Park to check on a male standing on the railing as if he was going to jump. When arriving at the scene, Capps observed the man making hand gestures, signaling officers to stay back. Capps exited his vehicle, and discerned the man was not thinking clearly and was showing signs of distress. The man told Capps repeatedly he wanted to jump and “end it all.” Capps talked to the man for several minutes, and eventually convinced him to come down from the railing without further incident. The man was taken into custody and given assistance seeking help;

* Christopher Hoskins, 21, was arrested by Middlesboro City Police on July, 31.

According to the citation, Hoskins was driving a red 2007 Pontiac on US 25E when police received information to be on the lookout for a red car driving recklessly on US 25E. Police observed the vehicle traveling north from the Big Lots parking lot at a high rate of speed. Police stopped the vehicle near Bell County High School and made contact with Hoskins, who was operating the vehicle. Police noticed Hoskins’ speech was slurred, his eyes were bloodshot and noticed an odor of alcohol on his breath.

Another citation states Hoskins claimed he had served in the United States Army and had been shot while deployed in a combat zone.