Boxing in the Gap 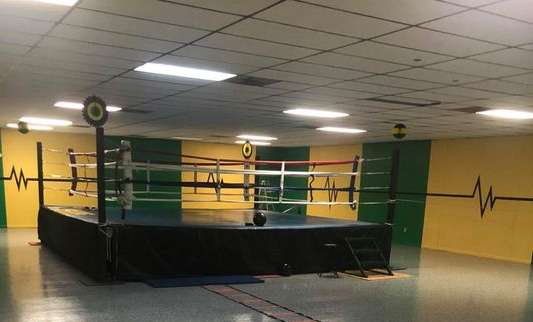 Boxing has a long tradition of training young men – and women – in the disciplined sport. One Middlesboro man is continuing that tradition with Fist of Fire Boxing.

According to Owen Beck, the man behind Fist of Fire Boxing, his gym holds occasional tournaments that are open for the public to watch.

“We just had an event about a month ago, and I’m getting ready to have another one in September,” Beck said. “Right now, we still have competitions going on, we’ve got one scheduled for Cambpellsville on August 21. There are at least five kids from my gym in that competition.”

According to the Fist of Fire Boxing Facebook page, Beck is a former World Boxing Association champion, having boxed in many different countries. Originally from Jamaica, Beck resided in England for a time before moving to Nashville, Tn., in 2000. He currently lives in Middlesboro and operates his gym, Fist of Fire Boxing, at 200 Cromwell Street in Harrogate, Tn.

“It’s a non-prophet organization,” Beck said. “The organization is Middlesboro/Bell County Boxing. Fist of Fire is the gym.”

Beck explained the gym itself is located behind Hillcrest Lanes Bowling Alley.

“We’re doing pretty good,” Beck said. “Since 2012, I’ve had at least 15 golden gloves champions and two fighters that were ranked in the top five in the country.”

Beck coaches children from the age of 6 and up.

“They don’t get a boxing license until they are 8 years old,” Beck explained. “My oldest boxer right now is 38 years old.”

Beck is planning a one day boxing event on September, 18. He explained the event will be outside in Downtown Cumberland Gap, Tennessee.

Beck said all age groups will be represented in the tournament.

Beck mentioned he is currently looking for sponsors for the event. Anybody interested in sponsoring the event should contact him.

For more information on tournaments, sponsorships or participating in boxing training, contact Beck at 606-670-5826.