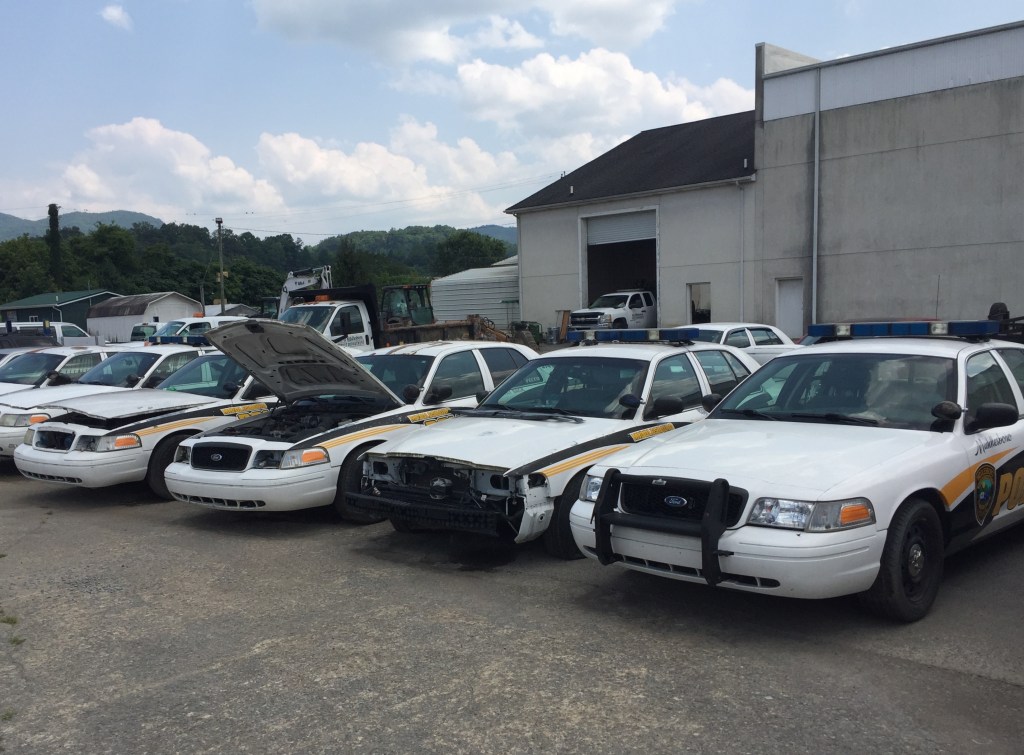 The city of Middlesboro is auctioning off surplus equipment on Saturday, including some vehicles, a car lift and other items/Photo by Joe Asher

he city of Middlesboro is preparing to reduce the supply of surplus stock and give the public the chance to acquire some equipment at the same time with an action scheduled for Saturday.

According to Middlesboro Mayor Rick Nelson, the auction is open to all who wish to attend.

“We have got some surplus things the city has acquired over the years,” Nelson said. “We’re going to have an auction this coming Saturday. The auction will start at 9 a.m.”

As the auction nears, more details will become available on the city of Middlesboro’s Facebook page, Nelson said.

Those who wish to take a look at the items up for auction can view them at the Middlesboro City Street Department facility at 876 N 15th Street.

“Inspection is any time during business hours and at 8 a.m. on Saturday,” Nelson said. “We have about 21 vehicles, we have some golf carts, a couple of 4-wheelers, we have an automobile lift. We’ve got a lot of things that might interest people, and we wanted to invite everybody to come out.”

Nelson explained participants will be given a form to fill out which will explain the bidding process.

Nelson explained the vehicles are in need of repair, and many are not in running order.

“If you’re a pretty good mechanic, you can probably get some of these going,” Nelson said. “I think all of them have the potential of running…as far as running condition, we have a few of them that would start up. But we think most of them, if you’re a shade tree mechanic, you can get a lot of these (vehicles) going.”

Nelson said many of the vehicles are older models.

“You can come out Monday through Friday between 8 a.m. and 4 p.m. and take a look at what we’ve got,” Nelson said.