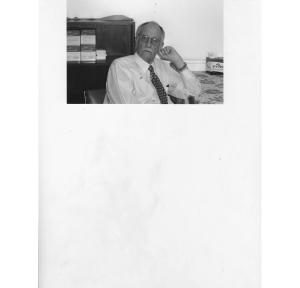 uly 30th, 2021. Dr. Day was a member of the Harrogate United Methodist Church where he served our Lord in many ways, including teaching Sunday School, Ushering, being a member of the Board of Directors, and several other capacities throughout the Church.

Dr. Day grew up in Speedwell, TN where he attended Powell Valley High School. Later, he attended Carson Newman College, then the University of Tennessee Medical School in Memphis, where he earned his medical degree. He opened his practice on July 9, 1959 and proudly practiced and served the citizens of the Tri-State area until his retirement on July 9, 2021.

In addition to being a Physician, Dr. Day helped incorporate the City of Harrogate by becoming it’s first Mayor where he served two terms. During his time as Mayor, Dr. Day helped develop the Harrogate City Park. He was a member of the Board of Directors at First Century Bank, and a member of the Board of Trustees at Lincoln Memorial University. He was also instrumental in starting the Harrogate Little League Baseball and Football programs.

Dr. Day piloted his own plane for more than 30 years. He enjoyed hunting and fishing and farming. You could also catch him reading as many as four or five books a week, but one he would read part of every day was his Bible. He truly loved the Lord!

In lieu of flowers, please make any donations to the Harrogate United Methodist Church.
Coffey Funeral Home in charge of all arrangements.