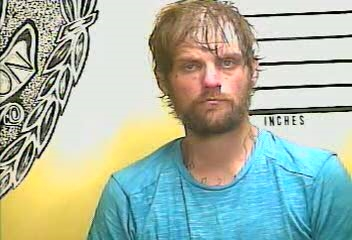 A Middlesboro man is facing multiple charges including possession of heroin and public intoxication after allegedly being found in possession of controlled substances.

According to the citation, Johnson made contact with Hoskins at the Middlesboro Mall. Hoskins’ movements were exaggerated, and he was sweating profusely. Hoskins was found in possession of a brown substance with brown specks which was discovered in a folded lottery ticket. He was also found in possession of approximately 20 yellow capsules.

According to the citation, Hall was operating a green 2007 Mercury on Tuesday morning. He was observed traveling east on Ashbury Avenue, North on Wilderness Road, and east onto Danbury Avenue. Hall was found in possession of a glass container which contained a substance believed to be methamphetamine.

Hall was charged with first-degree possession of a controlled substance (methamphetamine), speeding, disregarding a stop sign, operating on a suspended or revoked operator’s license, failure to wear a seat belt and no registration plates. Failure to or improper signal, first-degree fleeing or evading police, second-degree wanton endangerment, and reckless driving. Hall was lodged in the Bell County Detention Center;

• Dustin Manning, 39, of Middlesboro, was arrested by Middlesboro City Police Officer Dakota Torstrick. He was charged with first-degree strangulation, two counts of fourth-degree assault (minor injury), and third-degree unlawful transaction with a minor. He was lodged in the Bell County Detention Center.