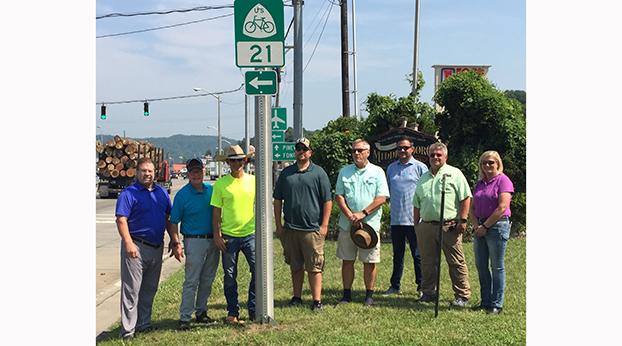 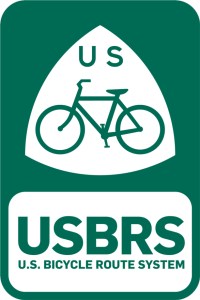 “For bicycle enthusiasts, this is a big deal,” Nelson said. “It’s a very long track and it will allow people to have destination points. Bicycling is a big thing, and I think it’s good that Dr. Fox has done a lot of leg work on this route.”

“We had designed a bicycle route,” Fox said. “Then, we found out they were going to do this route, Route 21.”

According to a press release, signage marking the trail began in Middlesboro and Pineville, and will continue through 15 communities in 10 counties until completion in the fall. The 265-mile route connects Cumberland Gap Historic Park in Tennessee to Middlesboro. The route will largely follow the original Boone Trace, a historic trail established by Daniel Boone in 1775.

“Kentucky is now ranked as one of the top five states with the most miles on the U.S. Bicycle Route System,” said Jim Gray, Kentucky’s Transportation Secretary. “By partnering with community members, the Cabinet has earned designation for both US Bike Routes 21 and 23, creating new north-south connections with its neighboring states. When we grow the U.S. Bicycle Route System, we’re giving residents and tourists alike greater access to a healthier transportation option.”

Kentucky ranks fifth in states with the most miles in the national bicycle network and contains 856 miles of connected bicycle friendly roadway.

“The new USBR 21 features the route opened by Daniel Boone in 1775, known as Boone Trace — the first road ever into the land west of the Appalachian Mountains, which began the ‘westward movement’ of our country. The bicycle route is a modification of the auto tour using alternate roads to make it safer and more pleasant, passing many historical points of interest along the way,” said Fox.

The U.S. Bicycle Route System is a national network of officially recognized, signed and numbered bicycle routes. The American Association of State Highway and Transportation Officials certifies all official bicycle routes, according to the release.