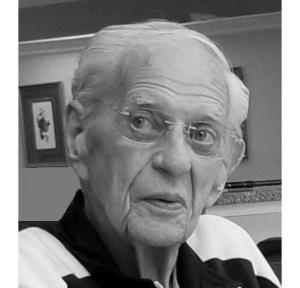 utiful wife of 52 years, Elizabeth Hope Feezell Smith, originally from Ten Mile, TN. Bill is also preceded in death by parents, Aldon Allison and Georgia Marion Smith, his sister Francis, his brother Jim, his brothers-in-law and sisters-in-law, Paul and Mary Grace Feezell Starnes and Sam and Nancy Feezell. Bill was born and raised in Middlesboro, KY. He was a United States Veteran and was honored to serve his country during World War II. He was a special agent for the Royal Liverpool Insurance Group, having trained in New York following his graduation from Western State University in Kentucky. He worked first in Nashville for Royal and from there was assigned for some years to Lexington, eventually resigning to pursue a career in real estate and the appraisal business. From his early years, Bill enjoyed history and current events, art, antiques, and tennis. Together he and Elizabeth shared a love for flower and vegetable gardening (often in a single season delivering more than a hundred dozen tea roses grown in their yard to those around them), and an informal ministry to the sick, elderly, and disadvantaged. Bill’s character, strength, and values as a whole person were well reflected in his loyal, loving role as a faithful, committed partner in their marriage. The two souls, united, found common ground and a deep and lasting appreciation for one another and for the challenges and beauty of life around them. After they retired, Bill and Elizabeth spent their time divided between living at the family farm near Ten Mile, TN and their residence in Lexington, KY. Bill was a member of the Broadway Baptist Church in Lexington, KY and the Pisgah Baptist Church in Ten Mile, TN. A private burial will be held at a later date at Pisgah Cemetery in Decatur, TN. www.milwardfuneral.com