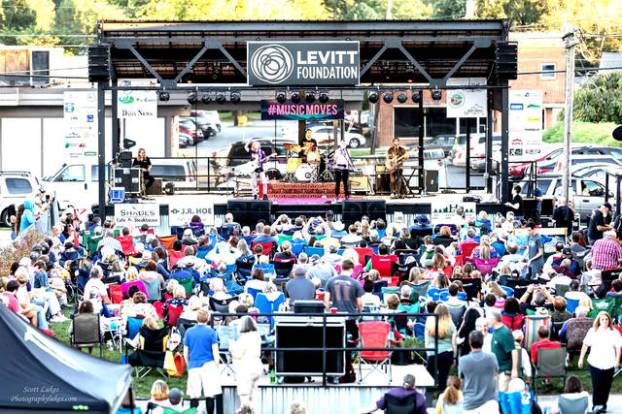 The lineup for this summer’s Levitt Amp Concert Series in Middlesboro has been released, revealing a wide assortment of musical styles and acts for music fans of all ages.

The series returns this summer after a one-year absence due to the COVID-19 pandemic, however with most restrictions having been lifted by Governor Andy Beshear on Friday, the weekly event is coming back to Middlesboro at full volume.

This year’s lineup covers a broad range of musical styles and includes some award-winning artists.

“This year’s concert series is sure to have us dancing in the streets,” said Middlesboro Main Street Director Joanie Beaver. “There are 2 Grammy Nominees and 1 Grammy winner in the group this year. I am so excited to see everyone out at Levitt Park on Thursday nights starting July 22, it is going to be awesome!”

This year’s Levitt Amp concert series kicks off on July, 29, with The New Respects, a band out of Nashville, Tennessee. The full schedule is:
• The New Respects – July 22

The lineup includes Grammy winner Son Little, who is scheduled to perform in Middlesboro on Sept. 2.

According to his website at https://sonlittle.com, Little was born in Los Angeles, the son of a preacher and a teacher. He released his debut album in 2015 and has performed alongside the likes of Mumford and Sons, Kelis, and Leon Bridges. He has also appeared at multiple music festivals, including Bonnaroo and the Newport Folk Festival. It was Little’s production skills that resulted in a Grammy win, winning the award for his work on Mavis Staples’ “See That My Grave Is Kept Clean.”

Performing on Aug. 5 will be Amythyst Kiah, who was nominated for a Grammy in 2020 for Best American Roots Song, according to www.grammy.com.

That’s a wrap! Laurel Cove Music Festival is a hit

The Laurel Cove Music Festival wrapped up on Saturday night, effectively kicking off what is expected to be a summer... read more