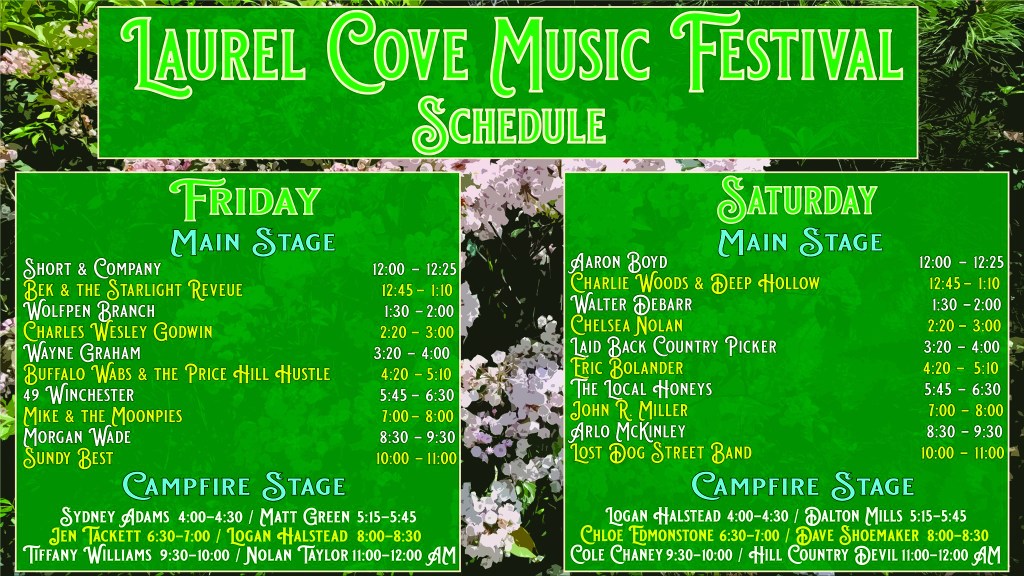 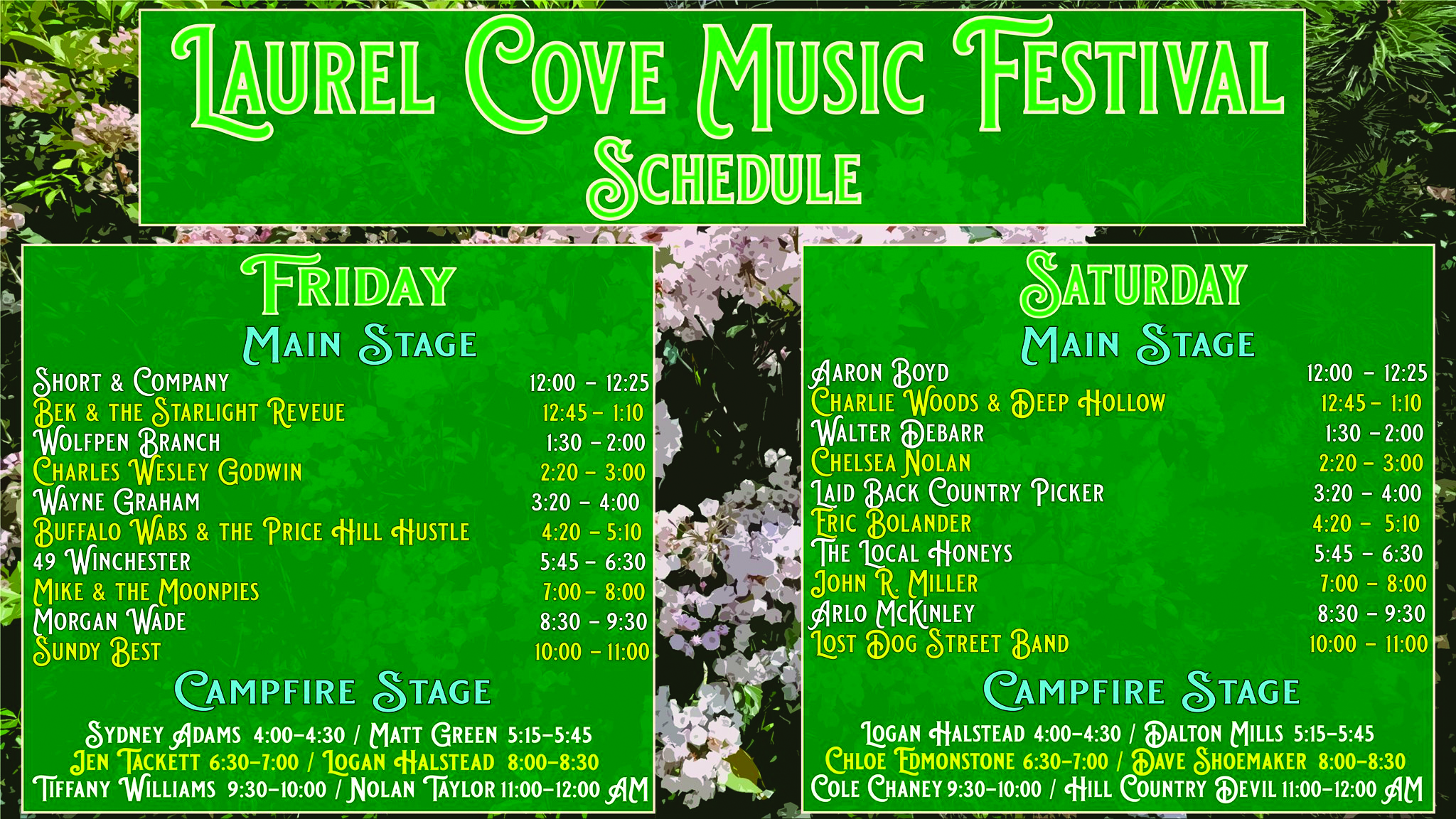 The Laurel Cove Music Festival is set to kick off on Friday, with the festival roaring back at full capacity with most COVID-19 restrictions in the state having expired.

According to Bell County Tourism Director Jon Grace, tickets for the event were about 95 percent sold out as of Monday.

“We have less than 70 tickets left,” Grace said. “I expect we will probably be sold out before the day of the event.”

Grace pointed out while it is possible some tickets may be available at showtime, there is a very high probability there will not be tickets available at the gate.

“I would venture to say it’s more likely they will be sold out,” Grace said. “If people want to come, I highly recommend they get tickets online as quickly as possible.”

Grace said to purchase tickets, go to https://www.bellcountytourism.com and there is a link there for ticket purchases.

“Thankfully, we’re going to have a pretty normal event,” Grace said. “Governor Beshear has lifted the restrictions for the state starting June 11, so we’re literally right there with our toes over the line as far as being able to do it with minimal restrictions. We still encourage people to use hand sanitizer and other safety protocols if they are worried about it…I think a very high percentage of our attendees will have been vaccinated, so it looks like we’re going to be able to kind of get back to normal.”

The event is drawing people in from all over the world.

“People are coming from 17 states and three foreign countries, we’re expecting to have the Cove packed,” Grace said. “Hopefully the weather will cooperate with us and we’ll be able to have a nice weekend and people can get back to normal a little bit.”

Grace added while people are coming in from places as far away as Alaska, California, Utah, and even Ireland, he would like to see a lot of local folks at the show. He explained the festival has many different genres of music represented, including country, rock and roll, bluegrass, and blues.

“If they’ve not been out to one of our shows at Laurel Cove before, I encourage our locals to come out and give it a try and see how they like it,” Grace said.

The full lineup and schedule of acts can be found at the Laurel Cove Music Festival Facebook page.