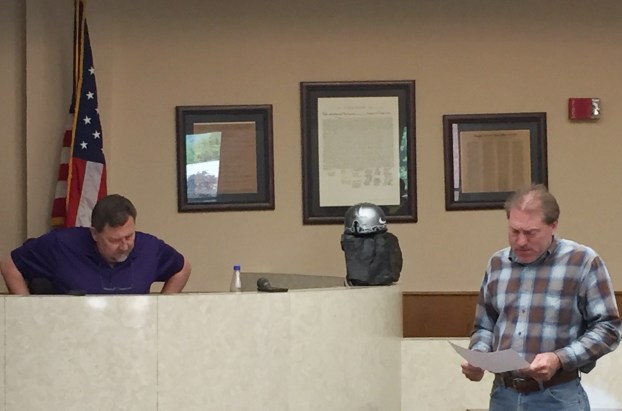 Bell County Judge-Executive Albey Brock called on Robert Perkins of the Kentucky Transportation Cabinet to present the Rural and Secondary Road Program recommendations to the court.

According to the Kentucky Transportation Cabinet’s website at https://transportation.ky.gov, the program is funded by 22.2 percent of motor fuels tax revenues and is used for the construction, reconstruction, and maintenance of rural and secondary roads.

“This year on the RS program, we selected four routes,” Perkins said. “These routes were selected based on previous paving history, some of them have 10- to 15-year-old pavements.”

“The State Transportation District is presenting the low volume money that the district typically gets each year is coming to Bell County, and we selected two projects that we’ve turned in for resurfacing, and that is KY 66, .478 miles. That’s a section that runs from Stoney Fork Road to the Leslie County Line. We also selected another section of KY 190.”

Perkins said the section of KY 190 runs from KY 1490 around Clear Creek.

“Also listed are the routes we currently have under contract, these will be resurfaced later this year,” Perkins said. “They are Ky 92 from mile marker 0 to 8, and two sections of KY 190, from mile point 0 at the Tennessee line to mile marker 4, and mile 11.74 to 14.58. Also, we have under contract KY 72, the entire length from US 119 to the Harlan County line.”

The court passed a motion approving the report as stated.

In other court activity:
• The court passed a motion to pay bills and make necessary transfers;

• The court accepted the treasurer’s financial statement for last month;

• The court accepted checks from Bell County Sheriff Mitch Williams in the amount of $48,162.11;

• The court accepted checks from Bell County Clerk Debbie Gambrell in the amount of $18,108.70.