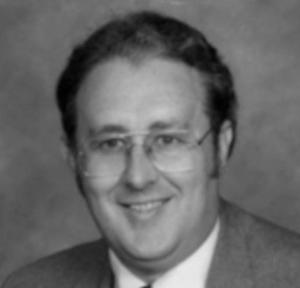 Robert William Brock, Jr. is singing in heaven with the angels. He is no longer in pain and is sitting at the feet of Jesus as He welcomes Robert into heaven and is telling him “Well done, good and faithful servant, with you I am well pleased.” Robert has finished the race in victory and went home to be with the Lord Jesus Christ on April 23, 2021. He passed peacefully in his home in Calcutta surrounded by his family after a long battle with Parkinson’s disease.

Robert was born on November 28, 1942 in Pineville Kentucky. He was the son of the late Robert and Irene (Napier) Brock also of Pineville. Robert did not have the blessing of meeting his father as his father Robert, Sr. lost his life in World War II. Robert wed the love of his life Margaret (Lefevers) on July 10, 1965 and was happily married for over 55 years.

Robert spent over 40 years in the healthcare administration field working as the Chief Financial Officer of a variety of hospitals ranging across the Eastern United States. Robert was also very active in the community, serving on the Board of Directors of multiple community organizations. Robert was a founding member of the Nehemiah Network working in partnership with The Community Resource Center of East Liverpool. His longest appointment was as the President of the Board of Directors at Tri-State Federal Credit Union, for over 34 years.

In addition to his professional life, Robert also became an ordained pastor in his late fifties and was a prolific author having written 35 books. These books include 17 volumes of daily devotionals containing over 3,650 individual devotionals. He was frequently invited to speak at various churches and served as an ordained minister.

Services will be held at Dawson’s Funeral Home in East Liverpool, OH. Family and friends may visit for calling hours on Wednesday, April 28th from 2 to 4 p.m. and from 6 to 8 p.m. Robert’s son, Pastor Christopher Brock, will conduct the funeral service the following day at 11 a.m.
Robert has requested that in lieu of flowers, donations be made to The Community Resource Center in East Liverpool. The Brock family would also like to extend their thanks to the team at Hospice of The Valley for the exceptional care and love that was given to our family as we went through this difficult time.