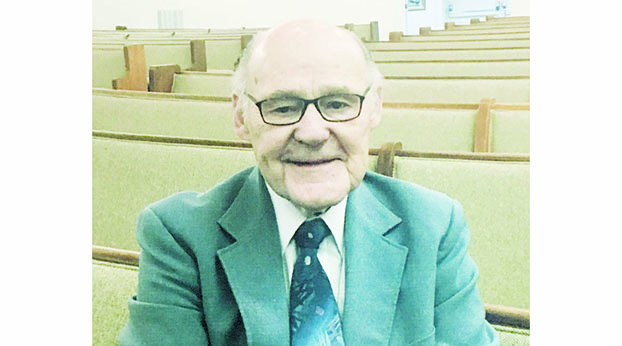 Bruce Walzer, 90, preaches nearly every Sunday somewhere in the Bell County Association. He has been the Associational Mission Strategist for the organization for 31 years.

Bruce Walzer, a staple in the Bell Baptist Association for the past 31 years, is retiring effective April 30 as the leader of that group.

But don’t expect the 90-year-old minister to retire from sharing the gospel. That’s his lifetime mission and he promises to do it until the Lord calls him home.

Walzer is well-known among the nearly 50 churches he serves in that association. He has kept an amazingly busy schedule despite his age. However, some recent health issues have made it difficult.

“Bro. Bruce is a model of finishing fulltime ministry well,” said Alan Dodson the south regional consultant for the Kentucky Baptist Convention. “In today’s culture, for a man who serves into his nineties with such an impeccable track record, is more than a rarity. It’s absolutely unheard of.”

He provides supply preaching, goes to every funeral in town, visits nursing homes and hospitals and cares for his wife of nearly 70 years.

All the while, he’s also spreading the gospel message everywhere he goes.

“Thirty years is a long time to do anything but certainly a long time to serve an association of Baptist churches,” said Dr. Todd Gray, executive director-treasurer of the KBC. “I had lunch with Bro. Bruce recently and was struck by his kind heart and love for the people he serves. I am grateful for men like Bro. Bruce who have lived their life in service to Jesus and His people.”

He was saved in a hospital bed in 1947 before undergoing a difficult surgery in Detroit, served in the Army/Air Force during the Korean War and was a milkman who never minded telling his customers about Jesus. He also served 21 years as a pastor and has been the director of missions/AMS for the past 31 years.

Walzer is a member of East Cumberland Baptist Church.

In a Kentucky Today story in November, he said the highlights of his ministry are the “many, many, many” whom he has helped lead to the Lord.