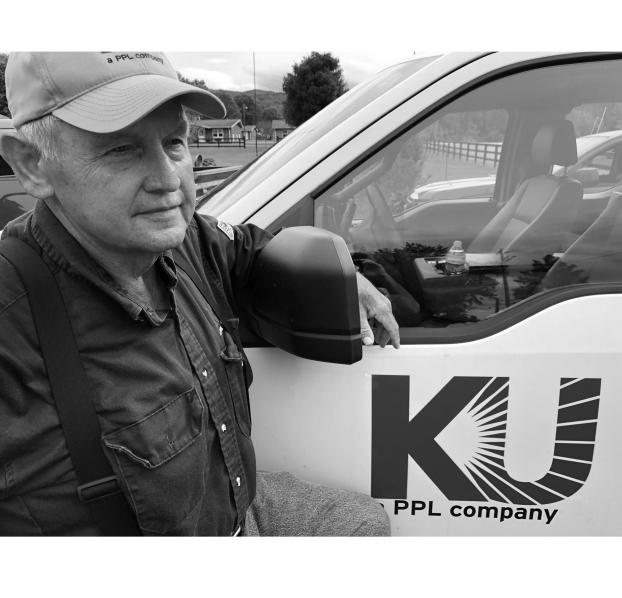 John “JR” Morrison, 74, passed away Saturday, March 27, 2021 at his home in Middlesboro, Kentucky. He was a faithful man who loved the Lord, his family, church and community.
JR was born in November of 1946, to the late Johnny and Annie Morrison. Johnny and Annie started their large family of seven out in East End. Later on, John would become the caretaker of “The Lighted Cross” up on the hillside.
John graduated from Middlesboro High School in 1964. Determined to follow in his father’s footsteps he accepted a position with Kentucky Utilities in 1968, where he would work for the next 50 years with his father Johnny, uncle Ed and brothers, Thurman and Danny. JR loved his job, co-workers and occasionally enjoyed a good joke at their expense. He loved to make people laugh, if not smile.
JR was blessed with a loving family on November 19, 1988 when he married his wife and best friend, Carleen Morrison. They met at a service station in downtown Middlesboro and spent the next 33 years together. JR helped raise his two daughters with patience, discipline and humility. He taught them the value of hard work, a clean car and that a praying knee could never be on the same leg as a dancing foot.
John is survived by his wife, Carleen; his daughters Morgan (Timothy) Lewis and Chaleen Haught; his granddaughters Kathryn Lewis, Madelyn Lewis and Abigayle Lewis; his brothers Thurman (Sandy) Morrison, Danny (Melissa) Morrison; his sisters Pat Collins, Carolyn (Gary) Ely and Nancy (Craig) Lowe; and a host of nieces and nephews. He is preceded in death by his parents; his brother Larry Morrison, father in-law Bill Swallows, brother in-law Allen Collins and nephew Mark Collins.
The family will receive friends on Tuesday evening, March 30th, 2021 after 5:00 pm at Green Hills Funeral Home.
A family Funeral Service will be held at Green Hills Funeral Home. John enjoyed fellowship at Binghamtown Baptist Church and the service will be conducted by Dr. William Boyd Bingham III. Music will be provided by Thomasa Risner.
Entombment will follow in the Green Hills Memorial Gardens Mausoleum, Middlesboro, Kentucky. Pallbearer duties will be performed by: Timothy Lewis, Adam Wolfe, Tony McCullah, Craig Lowe, Gary Ely and Danny Morrison.
The family request those who wish to express sympathy, consider making a donation to “The Lighted Cross”. You may make your donation at the Kentucky Utilities office downtown Middlesboro.
Green Hills Funeral Home, Middlesboro, is honored to serve the Morrison Family.
www.greenhillsfuneralhome.com