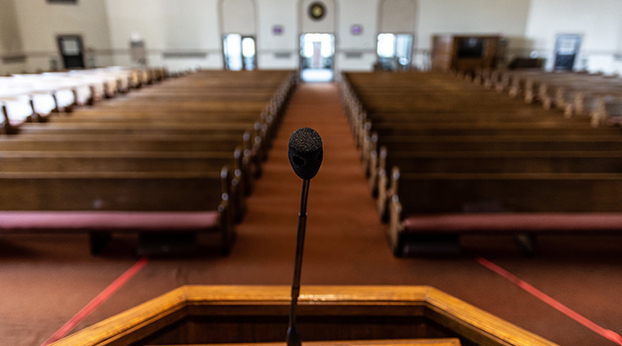 Church members are in the minority for the first time in at least eight decades, with just 47 percent identifying with a congregation, Gallup said in a poll released Monday  The number was 70 percent in 1999.

A growth in adults with no religious preference and lower rates of church membership among people who do have a religion are major trends driving the decline, Gallup said.

Younger generations hold the highest rates of those with no religious preference, including 31 percent of millennials and 33 percent of adult Generation Z (those born in the mid-1990s to the early 2010s). Concurrently, among those who do affiliate with a religion, declines since the turn of the century were highest among younger generations, with the share of millennials declining from 63 percent in 2000 to 50 percent in 2020.

Ed Stetzer, dean of the School of Mission, Ministry, and Leadership at Wheaton College, said the trend for people to drop their loose affiliation to religion will only accelerate.

“Unless we want to be a regional group of Christians who only talk to ourselves,” Stetzer said, “we’ll need to redouble our efforts in evangelism and church planting to engage an increasingly secular context.”

Pastor Larry Anderson, president of the State Directors of Evangelism, said the study has several implications for the church.

“Some people will do what I call ‘date’ your church for years, while never committing to participate in a formal new members’ class, but will be faithful in attending, tithing, and even serving,” Anderson said, “and we need to discern how we will count them moving forward.”

Anderson, an executive with the Baptist Resource Network serving Pennsylvania/South Jersey, is based in the Eastern region of the U.S., which Gallup identified as suffering the greatest decline (25 percentage points) since 2000. The South, home to the Bible Belt, suffered the lowest decline, but also saw a 16-point drop in church membership since 2000.

New Orleans Baptist Theological Seminary apologist Bob Stewart said the task of apologetics has not changed, but the poll results could signify that the means used to communicate the Gospel might need to change. He clarified that he’s not a statistician and that his comments are more speculative than critical.

“Apologetics is about commending and defending the Gospel; it’s about stating clearly why one believes that Jesus is Lord. To do that, we use evidence and reason, we don’t simply take a picture of where a group of people are on a particular day,” said Stewart, the NOBTS Greer-Heard chair of faith and culture, and director of the Christian apologetics program. “The task of the church hasn’t changed. But these findings may mean that the means by which we communicate the Gospel need to change.”

Both Anderson and Stewart said the data could also reflect generational differences regarding how church membership is valued.

“First the loyalty to one church is not as common as it once was, as millennials and Gen Z will visit several different churches as they feel led,” Anderson said. “Second, the need to join a church and become a member under the authority of a pastor and submit to the ‘processes’ of church culture does not seem to be as appealing of an option to those who can come and go as they please with no pressure.”

“My sense is that millennials are very big on community but tend not to value ‘joining’ or ‘membership’ in a formal organizational sense. This doesn’t mean that they don’t value belonging in an organic sense,” Stewart said. “The WW2 generation was largely composed of joiners who valued organization. Baby boomers, on the other hand, were church shoppers who bounced around from one church to another, depending on what their perceived needs were at the moment.”

“With previous generations of Baptists the ‘invitation’ or altar call was emphasized; in many of today’s churches, invitations are downplayed,” he said. “That doesn’t mean that evangelism or discipleship is minimized, but the emphasis is no longer as much on joining, which is reflected in the membership, as it is on serving and belonging.”

Stewart emphasized the importance of such knowledge as which churches are losing members most, and whether they are evangelical, Baptist, mainline, or liberal.

“I do know that ‘none’ (those not affiliated with a religion) does not necessarily mean atheist or irreligious,” he said. “At the end of the day, my advice is: (1) pump the brakes, don’t overreact; (2) investigate, look critically at the entire survey; don’t just read the summary article; (3) critically examine what your church is doing and why; and (4) ask God how you should be about making disciples and commending and defending the Gospel.”

“We must stop seeing the church as the ending place but the sending place and shift our focus to counting those being equipped and sent out of the building,” he said, “as opposed to how many people we have coming into the building.”

The poll updates a 2019 Gallup analysis that examined the decline in church membership over the past 20 years. Findings are based on responses to a battery of questions Gallup asks Americans twice each year about their religious attitudes. Each three-year period consists of data from more than 6,000 American adults.

The weekly number of new cases of COVID-19 continues to drop, according to Gov. Andy Beshear. “I want to say... read more