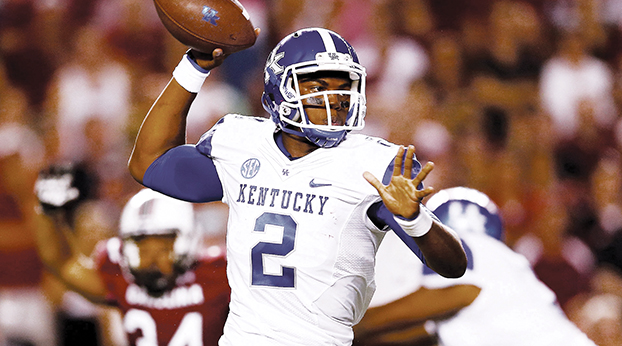 Former UK quarterback Jalen Whitlow is now an author, having released a book to help student-athletes. 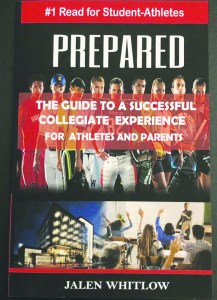 Former University of Kentucky quarterback Jalen Whitlow learned a lot of football and life lessons during his two seasons with UK and then at Eastern Illinois after his transfer. Now he’s taken those lessons he learned on and off the field and written a book to help athletes and parents.

The book is entitled “Prepared: The Guide to a Successful Collegiate Experience” and is available on Amazon as a paperback or Kindle E-book.

Whitlow, a corporate communications major, had been training quarterbacks for three years in South Carolina when he moved to Dallas in January of 2020. He went home to Birmingham in the spring of 2020 and got “stuck” due to COVID.

“I got bored, so I just worked out and watched film. My family kind of egged me on about writing the book and it took off from there,” Whitlow said.

“I moved to Atlanta and took a job coaching quarterbacks at the high school level in Marietta and put the book on the back burner to focus on coaching and training quarterbacks but I was continuing to at least type my notes.”

After his team got eliminated in the playoffs, he went into full “author mode” writing and organizing the book and finally finished it about Christmas.

“Once you get in a groove, you just go. Once I got so far along there was no turning back. I was inspired to write and help others,” he said. “As an athlete doing out of high school things would have been a lot different for me if I had known certain things. If I had this book pre-college or even my freshman year my trajectory might have been different.”

Whitlow has a younger brother getting ready for college and that was part of his inspiration to write a book to help student-athletes know what to expect and look for.

“It’s not just for football players. It’s for all athletes,” he said. “Tennis players at Kennesaw State (in Georgia) have been exposed. I have a friend who played tennis at Kentucky. Her father, Walter Lewis, was the first black quarterback at Alabama and she exposed her players to my book.

“The book is catching traction. It’s a big deal because it can literally change a life with the information in there. It’s geared to student-athletes but I have been out of college for four years now and if somebody handed me the book I could still gain something by reading it. Every college girl or boy playing intramural sports or doing anything extracurricular can learn from it.”

Whitlow calls himself a “sports fanatic” and says the book will encourage youngsters to participate in extracurricular activities but also deal with relationships, teammates, and expectations.

“It’s about managing your time, managing school, and your social life. I want to motivate and inspire student-athletes to dive into other endeavors in the off-season,” the former UK quarterback said. “Kind of let them see to think outside the box and not just be a student-athlete, especially outside of the season when there is a chance to be a better student. There’s a lot of stuff I didn’t do right, some I did. But I want to help kids do things right.”

The book has information about transferring, reclassifying, and dealing with the opposite sex — “Not in a negative sense but how to manage relationships and get the most out of it,” Whitlow said.

He said the book is designed to be an easy read even for an elementary school student.

“I am not a super complex guy with vocabulary. It is tailored to the millennial reader. You don’t have to read it for five straight hours. You can read 15 minutes, put it down and the next day read 20 minutes and be fine,” he said.

Whitlow still keeps up with Kentucky football through social media and various former teammates that still live in the Lexington area. He’s even planning a trip to Lexington in the near future to see friends.

“I think they are really going to have a big year coming this next season,” he said. “They made a great hire with the new offensive coordinator (Liam Coen) for the way that (Mark) Stoops likes to play football. He will be a run-first guy I think but will also have more of the play-action game. I think they could have a really, really good season.”

Cats fail to fight back against Ole Miss, fall 70-62

Kentucky got shoved around and didn’t fight back in a 70-62 loss at Mississippi Tuesday night. The narrow setback was... read more