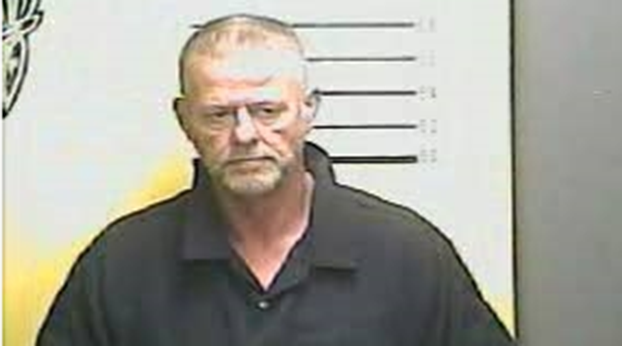 A man is facing charges including manslaughter after a person was allegedly killed when a vehicle collided with a person on a bicycle early Monday morning.

According to a press release, KSP Post 10 in Harlan received a report at approximately 2:12 a.m. of a collision between a person on a bicycle and a vehicle. The Middlesboro City Police Department and Middlesboro EMS responded to the call and the individual was found deceased from injuries sustained after being struck by a 2004 Ford pickup. A KSP investigation was requested, and Troopers and Detectives responded to the scene and began an investigation.

The release states the initial investigation indicates Ramsey was operating a 2004 white Ford pickup on KY 441 when Bradley McNally, 33, of Middlesboro, was struck by the vehicle. The Bell County Coroner pronounced McNally deceased at the scene. Ramsey allowed the vehicle to be driven from the scene while he left the scene on foot. The pickup was located a short time later at a Middlesboro residence. The vehicle had sustained damage consistent with the scene. The Ford pickup was seized by KSP. Ramsey was interviewed and confessed to KSP concerning his involvement in the collision. Ramsey also admitted to using methamphetamine and marijuana while operating his vehicle.

The case is under investigation by Middleton. The Middlesboro City Police Department, Middlesboro EMS, and the Bell County Coroner’s Office assisted at the scene.

Ramsey was charged with second-degree manslaughter, leaving the scene of an accident/failure to render aid or assistance, operating a motor vehicle under the influence, and operating a vehicle with an expired operator’s license. He was lodged in the Bell County Detention Center.

An 86-year-old Harrogate man suffering from dementia has been missing from home since Feb. 17. Bill Baker, Sr. was last... read more