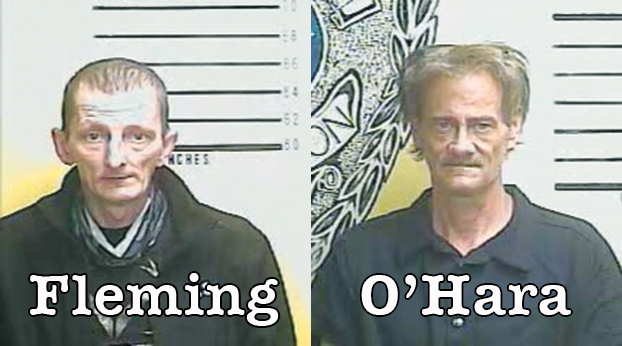 A man is facing drug charges after allegedly being found in possession of methamphetamine when police performed a welfare check for a child not attending school.

According to a press release, Bell County Sheriff’s K-9 Deputy Adam Southern responded to a residence on Knuckles Christopher Lane at approximately 4:10 p.m. to perform a welfare check due to a child not attending school. Southern pulled into the driveway and observed Fleming exit the residence, look at the officer and run back into the home. Southern was aware of an active warrant for Fleming. The homeowner let Southern into the residence, where Southern located Fleming behind a dresser in a bedroom holding an object. Southern told Fleming to drop the object and raise his hands.

The release states when Fleming moved from behind the dresser he was wearing a holster matching the size of the handgun he had dropped. Fleming was known to be a convicted felon, which dispatch confirmed. Fleming was found in possession of a small bag containing a crystal-like substance believed to be methamphetamine as well as a metal vial containing Xanax pills.

The release state the child was not present but will be referred to DCS.

Earl O’Hara, 56, of Arjay was also arrested at the scene.

O’Hara was charged with first-degree possession of a controlled substance (methamphetamine), possession of drug paraphernalia. O’Hare was additionally served with an active warrant. He was lodged in the Bell County Detention Center.