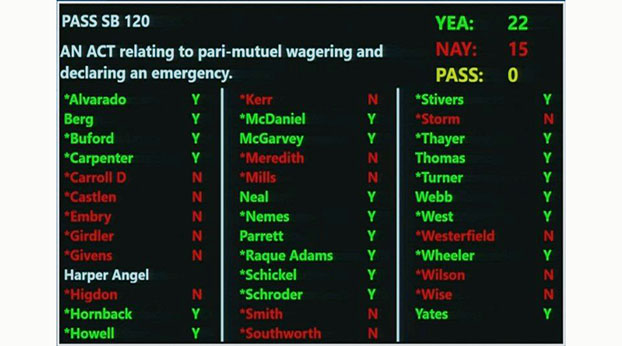 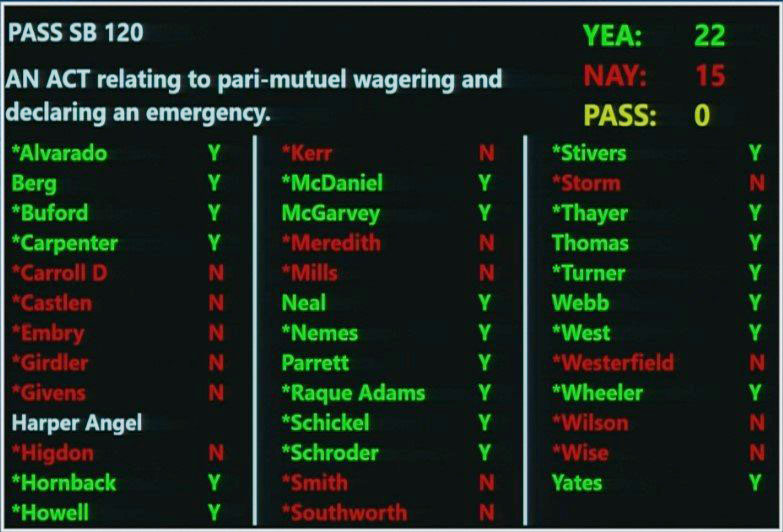 A bill to legalize slots-like historic horse racing machines in Kentucky passed the state Senate 22-15 on Tuesday with bipartisan support.

The Kentucky Supreme Court determined last September that the HHR, as it is known, was not pari-mutuel wagering and therefore not legal in Kentucky. Last month, the justices unanimously denied a motion for rehearing, which essentially ended a decade-long battle over the legality issue.

It also led to the temporary closing of the historical horse racing facility at Lexington’s Red Mile a few days later.

The bill also received support from Senate Majority Leader Damon Thayer, who said, “If you don’t like casino gambling, you should be for historic horse racing. It’s the number one factor in keeping the big casino companies out of Kentucky for the last 10 years.”

Thayer added he feared that without HHR, “Three to four racetracks could close very soon, in this fiscal year.”

Westerfield said his bottom line was, “Gaming in all its forms is predatory and bad public policy. It’s an industry that’s predicated on the losses of its patrons.”

“For the government to get in bed with an industry that requires its people to lose for the industry to succeed, I think we’re doing our people a great disservice. It preys on the poor, and it preys on those hoping and wishing that their next play is the one that makes it big.”

After the vote, Dr. Todd Gray, executive director-treasurer of the Kentucky Baptist Convention, said, “I am very disappointed that our elected leaders have chosen to do what is best for the gambling industry instead of what is best for the citizens of the commonwealth. This bill will hurt more families than it helps.”

Gov. Andy Beshear said he would sign the bill if it comes to his desk. “Historic horse racing right brings in about $15 million to the state, supports a whole lot of jobs out there, has kept an industry that Kentucky is known for healthy. I believe people should be able to make choices.

Senate Bill 120, now heads to the House, with a hearing before the House Licensing, Occupations, and Administrative Regulations scheduled for Wednesday morning.