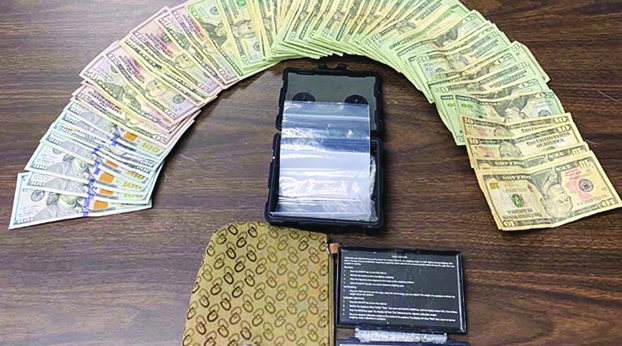 Suspected drugs, as well as drug paraphernalia, were found in a vehicle driven by Kristina Williams. 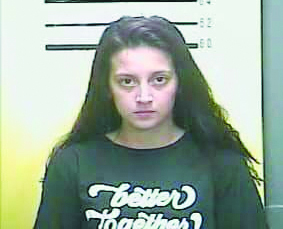 A Pineville woman is facing a trafficking charge after allegedly being found with suspected methamphetamine during a traffic stop.

According to a press release, at approximately 4:30 p.m. on Jan. 30, Middlesboro police officer Nick Capps performed a traffic stop on a 2020 Kia. Consent to search the vehicle was granted.

Officers Jeremiah Johnson and Dakota Torstrick responded to the scene to assist Capps. Police located a crystal-like substance believed to be methamphetamine in the right rear passenger seat where Kristina Williams was seated. A digital scale, a ledger, and cash in the amount of $2,740 was also located. A pipe suspected to be used for smoking methamphetamine was located on Williams’ person.

Williams was charged with first-degree trafficking a controlled substance and possession of drug paraphernalia.

In other police activity:
• Jason Ott, 31, of Middlesboro, was cited to court on Tuesday by Middlesboro police officer Ryan Collins. According to a press release, Collins performed a traffic stop on a Chevy Avalanche that was traveling south on KY 25E with no headlights. All six occupants of the vehicle were checked through dispatch for warrants.

• Cheyenne Houston, 20, of Middlesboro, Michael Lay, 34, of Harragut, Tenn., and Blade Keathley, 19, of Middlesboro, were arrested on outstanding warrants. Ott was found in possession of a clear plastic bag containing a crystal-like substance believed to be methamphetamine. Ott was cited to court for first-degree possession of a controlled substance, failure to wear seat belts and failure to use headlights;

• Retta Howard, 39, of Middlesboro, was arrested on Tuesday by Middlesboro police officer Chris Barnes. She was charged with first-degree possession of a controlled substance. She was also served with bench warrants for first-degree criminal abuse and failure to appear. She was lodged in the Bell County Detention Center.