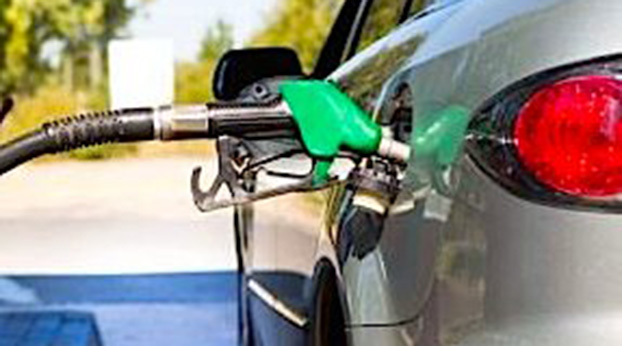 AAA of the Bluegrass

The national gas price average has been cheaper year-over-year for 336 days—as much as $1.12/gallon less. However, AAA predicts that trend could end as early as this week. At $2.42, the national average is only a nickel cheaper than a year ago.

In Kentucky, prices still dropped a penny on average, to land at $2.25 this week. But that’s only 2 cents cheaper than a year ago.

“For nearly a year, motorists have been saving 53 cents a gallon on average across the country when filling up their gas tanks. That extra pocket change could dwindle, thanks to rising crude oil prices that have made for more expensive pump prices in many parts of the country,” said Lori Weaver Hawkins, public and government affairs manager, AAA Blue Grass. “Here in the Bluegrass, we are now experiencing lower prices compared to a week ago in most places, following a rise in prices the last several weeks.”

The AAA Daily Fuel Gauge Report is the most comprehensive U.S. gas price survey available from any source. More than 100,000 self-serve stations are surveyed daily in compiling the not-for-profit’s report, compared to other price-reporting sources that rely on customer input or surveys from only a limited number of stations.
Weaver Hawkins reminds that motorists can find current gas prices along their route with the not-for-profit’s free AAA Mobile app for iPhone, iPad and Android. Motorists can also get an estimate of gas costs when planning a trip.

The app can also be used to map a route, find discounts, book a hotel and access AAA roadside assistance. Learn more at AAA.com. AAA’s reported gas prices reflect what is actually paid at the pump and are not dependent on customers reliably reporting prices or based on only a small sampling of pumps.

Ten states are already carrying more expensive gas prices compared to a year ago, including: Delaware (+23 cents), Maryland (+9 cents), Iowa (+6 cents) and Indiana (+6 cents). On the other side of the coin, nearly 12 states still have gas price averages that are as much as 38 cents a gallon less than this time last year.

While cheaper year-over-year, the national average increased by two cents on the week and is now 17 cents more expensive than last month. The national average continued to climb this past week despite a drop in gasoline demand and refinery utilization. According to the latest Energy Information Administration (EIA) measurements, demand declined from 8.11 million barrels per day to 7.83 million barrels per day and total refinery utilization decreased from 82.5 percent to 81.7 percent over last week. These decreases led to an increase in gasoline supply of 2.4 million barrels.

Typically, these factors―decrease in demand, increase in supply―drive a decrease at the pump, but sustained crude oil prices are pushing the increase. For three weeks, crude continues to price between $52–$53 a barrel, steady price points not seen since mid-February 2020. Gas prices could continue to increase if crude oil prices remain at these price points.

At the close of Friday’s formal trading session, WTI, the oil pricing benchmark, decreased by 14 cents to settle at $52.20. Price gains were limited last week by ongoing market concern that crude demand may take more time than expected to recover in 2021 due to new coronavirus infections and associated travel restrictions.

However, EIA’s new weekly report prompted crude price increases earlier in the week after it showed total domestic crude inventories declined by 9.9 million barrels to 476.7 million barrels, which is the largest weekly decline since late July 2020. For this week, crude prices may continue to drop if market concern regarding lower-than-expected demand continues to grow.

Although the national gas price average continues to creep up, many communities in the Bluegrass saw prices drop compared to last week.

In Lexington, the average price has dropped 7 cents over the past week, landing at $2.22. That’s 5 cents more than a month ago, but still 8 cents cheaper than this time last year.

Surrounding communities have also seen gas prices edge downward in the past week, after many communities experienced considerable increases. In Nicholasville, the average price is down 7 cents, now at $2.19. Georgetown is down 8 cents, now averaging $2.21. Versailles is down a penny to land at $2.29, while Winchester is down 7 cents to land at $2.21. Richmond is down 6 cents, landing at $2.27.

The Elizabethtown-Fort Knox area has the lowest price in Kentucky at $2.14. The high spot in the Commonwealth remains Louisville, rising 2 cents since last week to land at $2.40.