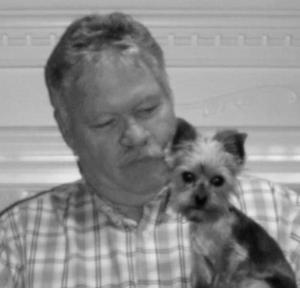 Don was a US Army veteran, serving two tours during the Vietnam War.

He was a Pontiac car enthusiast. He owned a 2009 Pontiac Solstice and a 1987 Pontiac Trans AM which he loved to drive and show. He participated yearly in the Pontiacs in Pigeon Forge car show to benefit St. Jude’s Hospital.

Don loved serving in the homeschool co-ops his grandchildren attended, where he was known to everyone as “Poppy.” He taught an archery class, faithfully served as the security guard and van driver on co-op days, and also spent many hours making crafts for the American Girl and Story of the World history classes. He also became a student himself in Mr. Wolfenbarger’s woodshop class and began making custom fishing lures. He also enjoyed hunting and fishing with his nephew Jake and his grandsons Caleb and Josh.

The family will receive friends from 6:00pm to 8:00pm on Monday, February 1st, 2021 at Mynatt Funeral Home Halls Chapel at 4131 E Emory Rd, Knoxville, TN 37938. (Masks are required in the funeral home.) Family and friends will meet at the graveside at Mount Harmony Baptist church 819 E Raccoon Valley Dr, Heiskell, TN 37754 for an interment service at 11:00am on Tuesday, February 2nd, 2021, Pastor Marc Sasser officiating. In lieu of flowers, the family requests that memorial contributions be made to the Pontiacs in Pigeon Forge Car Show to benefit St. Jude’s Hospital. Donations can be mailed to 1725 Northfield Drive, Maryville, TN 37804. Please leave online condolences at www.mynattfh.com