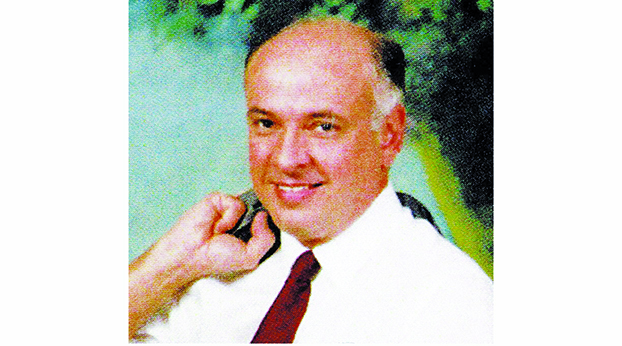 A view from the mountains
Happy to take the COVID vaccine

A lot of people, many whom I know well, are worried about the possible side effects of the COVID-19 vaccine. At one of the largest hospitals in the region 300 out of 900 professionals are refusing to take it. Some are worried about getting sick from it; some believe it may be a plot by Bill Gates to sterilize them. There is every reason in between. The latter ones are the same people who believe there are children held hostage in the basement of a Pizza Hut in DC whose blood is being drunk by Liberal politicians. There are more of them than you think. Heard it twice today.

But for most, the thought process seems to be “Well, I haven’t been sick with the virus yet. The vaccine could make me sick.

So, if I do not want to be sick at all, I shouldn’t take it and maybe I won’t get the virus if enough other people take the vaccine.” I experienced the virus in August when my wife brought it home from a doctor’s office in Knoxville, Tennessee that first Monday. Tennessee, in denial for months has huge numbers now. On that Wednesday she felt congested and had body aches. So, she tested. Negative. On Friday I took a nap, which I never do. Tested on Saturday. Negative. The following week I went to Louisville, London and Lexington, early, for socially distanced mediations and depositions. In Lexington, after rising early and working all day, I was momentarily dizzy when I stood on the running board of my pickup. Nothing else, except inability to taste dark colored pop.

That Saturday evening, eight days after her negative test, my wife tested to return to coaching cheer on Monday. Positive!

My son and I were in line at Food City with two carts loaded full when she called. “Bill,” she said, “I’ve got it and I bet we all do”.

We checked out and went to be tested. Sure enough, all positives but our niece, including two friends. I guarantee the negative was false.

None of us got very sick, no oxygen readings under 97 and no temperatures over 98.5. The next week we quarantined. My personal physician is the local CDC guy and brilliant! He told me “You had it the day you were dizzy. You are about over it now.” The week we quarantined I cleaned out the garage, cut the grass twice and read two books, felt good.

That same week, COVID-19 killed my friend Bill McGaffey, mayor of Cumberland Gap, Tenn., in six days. He was a marvelous man, business executive, Vietnam vet. Brilliant, positive, funny. He would have been mayor of anywhere he lived.

A month later it killed my former pastor, Rev. Mike Coppersmith. It took six weeks and he fought to the last. Mike was bright, visionary, and could sing like an angel. He brought Feeding God’s Children to the poor kids of the Bell County Schools. It can strike down anyone.

Look. I know something about vaccines. I was born with two clubbed feet and spent half my first five years in a crippled children’s ward at Kings Daughters Hospital in Ashland, Ky. Out of 50 kids there, 45 had polio. The place was full of iron lungs, the respirator of the day, and many children died there, lungs paralyzed. Nurses and children cried a lot.

About my fifth birthday, the Salk polio vaccine became available and everyone took it at the health department. Eighteen months later, they closed the polio ward. That’s what will happen with this COVID-19, too. Take the vaccine. I’m going to as soon as I can. And if I get to pick, I want Moderna. My friends say it’s easier on you.

A View From The Mountain is written by Bill Hayes. Hayes is a trial lawyer and former prosecutor practicing law in Kentucky and the Eastern District of Tennessee with an office view of the Virginia mountains. He is a former member of the Kentucky Democratic State Executive Committee. Hayes lives in Middlesboro, Kentucky with his wife Charity and their two children.

By Ashli Watts Kentucky Chamber President and CEO Although 2020 was the most difficult year many have ever experienced, it... read more