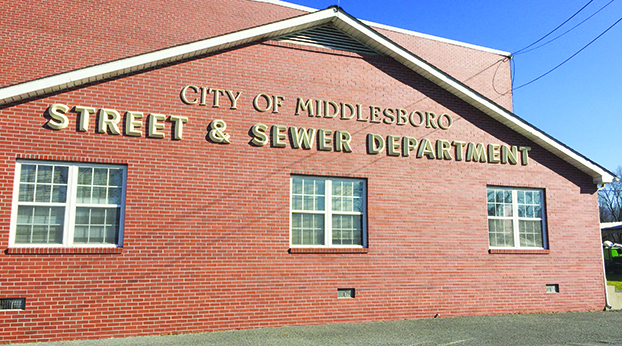 When the winter weather sets in, the Middlesboro Street Department crews are tasked with the job of getting the streets cleared and passable as soon as possible.

“If we know the snow’s coming, it takes us about a day to get all our snowplows and spreader boxes put on our trucks and make sure they’re working properly,” Barnett said. “It takes a full day just to get the trucks ready.”

Once the snow hits, the clearing begins.

“The day of the event, we try to wait for the heavy stuff to get over with so we’re not going over the roads two or three times,” Barnett explained.

The department has divided the town into sections to facilitate faster clearing of the streets.

“We’ve got north, south, east, and west and we’ve got four snow trucks,” Barnett said. “Each truck has their own district they stay in.”

Barnett said if a crew finishes their district early, then they will assist the crew in another district. He mentioned the only available method of pre-treating roads is with salt, and if it rains before turning to snow that will not work.

“If we put salt down and it rains first, then the rain washes all the salt off the road,” Barnett said.

According to Barnett, the city uses a large amount of salt during a snow event.

Barnett said they try to keep the trucks and other equipment always at the ready in case of snow.

“We have a salt bin at the street department,” Barnett said. “It will hold probably right at 90 to 100 tons,” Barnett said. “If we need some, we can always go to the state highway department and they’ll let us have what we need, and the county is really good about working with me…They’ve both told us they’ll work with us so we won’t run out.”

Barnett said one of the biggest obstacles to clearing the streets involves cars parked in the streets.

“The city does have some backroads that are hard to get to, and some people just park their cars in the road or on the edge of the road and the snow trucks won’t fit by them,” Barnett said.

Barnett pointed out his department is only responsible for the city streets.

“Cumberland Avenue…Winchester Avenue, those are state roads, and the state takes care of that, we just take care of the city streets,” Barnett explained.