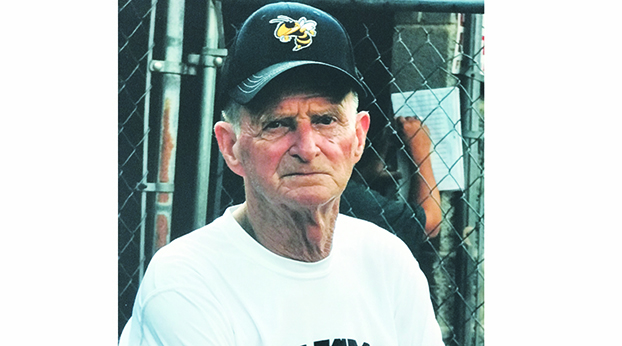 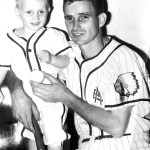 There are some who leave a long shadow when they leave us. Through his work in the community and simply by the way he treated others, Walt Overbay was one of those people.

Overbay was born in 1938 in a shotgun house at the mouth of Hignite holler across from Bell County Coal. He passed away on Saturday.

“With the passing of Walt Overbay, we’ve lost not only a good friend and neighbor, but a person that positively contributed to the city of Middlesboro,” said Middlesboro Mayor Rick Nelson. “His work with young people through the Little League program has had a positive impact on many lives in the area.”

Jeff Overbay, Walter Overbay’s oldest son, spoke about his father in a telephone interview on Monday.

“My father was a unique individual,” Jeff said. “He wasn’t very emotional outwardly, but he was definitely a servant of the people. He took care of everybody that came in contact with him. If you needed something and he had the means to help you, that’s what he did.”

Walter Overbay never wanted recognition for helping people. He also dedicated a large part of his life to working with Little League Baseball in Bell County.

“He started coaching back in the 70s when my brother started playing baseball,” Jeff said. “He’d always been a baseball fan; he’d played baseball himself growing up and he loved the game and he loved teaching kids.”

Baseball was Walter Overbay’s only hobby outside of work.

“He didn’t do anything else but work and play baseball,” Jeff said. “He would spend countless hours on those practice fields.” 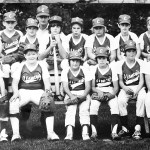 Walter Overbay is pictured here with his first Little League team. His son, Tim, is seated on the left in the front row.

Walter Overbay was involved in Little League Baseball for more than 40 years, helping to keep the sport going in the area.

“He was such an influence on so many people that they actually named the Little League field after him,” Jeff Overbay said.

According to Jeff, his father grew up in a coal mining camp.

“They were a family of 12 kids, six boys and six girls,” Jeff Overbay explained. “They grew up as poor as you could be. He started working as a child, probably 10 or 11 years old, working in a coal mine with his father…He worked as a child for $5 a week.”

He would work 10 to 12 hours a day. In all the years that he ran the store, he took one two-week vacation. That was to go watch my brother play baseball in Florida.”

Walter Overbay enjoyed being around people and taking care of them.

“I watched him for years,” Jeff said. “He would take care of older people who didn’t have anybody else to take care of them.

We would deliver their groceries free of charge…whatever people needed in that community, he took care of. He took care of families at Christmas when he knew they didn’t have anything to eat, he’d box up a ham or turkey, fruit, candy, he would make sure those kids had something to eat.”

While he did many things for others, Walter Overbay did not indulge in luxuries for himself, according to Jeff.

“If he bought something for himself, it was the cheapest he could get,” Jeff explained. “He took care of his family, we had everything we needed and most of what we wanted growing up.”

Walter Overbay took over the grocery store in the 1970’s, operating the establishment until well into the 21st century.

Jeff said wherever he goes, people still talk about the bologna sandwiches and fried bologna biscuits his father used to make at his store.

“He could make a sandwich like nobody else, and everybody remembers that,” he said. “They would come up (to the store) and get a sandwich, a bag of chips and a pop. It was one of those community grocery stores where people came in and sat around and talked, joked, and cut up. There was always somebody laughing, and a lot of conversations about baseball and Kentucky Wildcat basketball.”

According to Jeff Overbay, his father taught him a lot about life by example.

“He’s my hero,” Jeff said. “He taught me so much about life by his actions…he treated everybody with kindness and compassion…He had a heart of gold.”