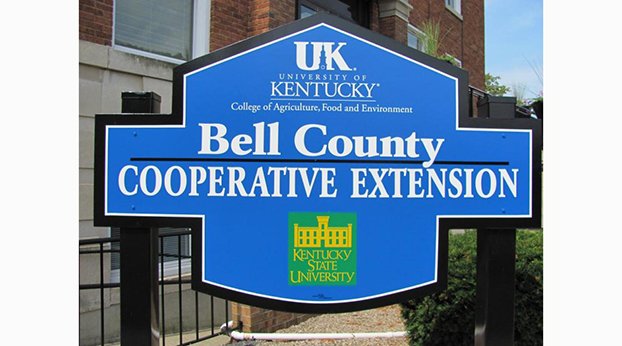 Most people enjoy ham, but not everybody understands the process required to cure a ham so it can be delivered to the table. The Bell County Extension Office’s 4H program sponsors a competition the allows children to see the process firsthand.

“Each year through the Kentucky State Fair, they have a project called the Country Ham Project,” he explained. “It teaches youth from ages 9 to 18 how to cure a ham, how to properly do all the steps in curing and cleaning the ham.”

Good said the process of curing the ham begins on Jan. 18.

“There are different steps during the spring and summer,” he said. “It will culminate at the Kentucky State Fair as they present the hams for judging.”

Good said the participants start by packing the hams.

“We’ll start packing those hams with a curing mixture of salt and brown sugar,” he said. “We’ll let those sit for the cooler months, then somewhere in March or so we will take those out and put them in a ham sock.”

He explained the hams are then hung up in a ham house to allow the curing process to be completed.

“We’ll hang the hams for the summer months,” Good said. “We’ll check on them weekly or bi-weekly to make sure there are no issues with the hams. You don’t actually open them up, you just make sure nothing gets on the exterior part of the hams.”

Good said the hanging process will continue until late July or early August.

“Each child will get their hams, and they will take those hams home and clean them,” he said. “Cleaning sounds like a difficult process, but all you basically have to do is get a good hand-sized scrub brush and a bucket of water. You just throw it in that tub of water and just start scrubbing the ham. Then you put a very thin layer of cooking oil on the ham to give it that shine, and you’re ready to submit that to the state fair.”

“We’re hoping for the state fair this year, that’s our goal, we’re being optimistic,” said Good. “Last year, they canceled out most of the competitions. What we did was I collected the hams from our five kids that did it last year…I took those to the Shelby County Extension Office and dropped them off in the morning, they graded and judged the hams…I went back to the office that afternoon and picked up the hams.”

Good said the children wrote an essay in place of the speech for last year’s competition.

“That’s our fall back plan,” Good said. “But if things can be at the state fair, they will have to go in and give a speech in front of a committee.”

Good added if the Kentucky State Fair goes ahead this year as planned, the dates will be between Aug. 19-29.

“We are very thankful to Arveybell Farms and George Schneider, they donate the hams,” Good said. “They donate two hams per child. They only present one for the state fair, that way if one is damaged by insects of bugs or there is some reason that a ham is not sufficient for submitting, they always have that backup.”