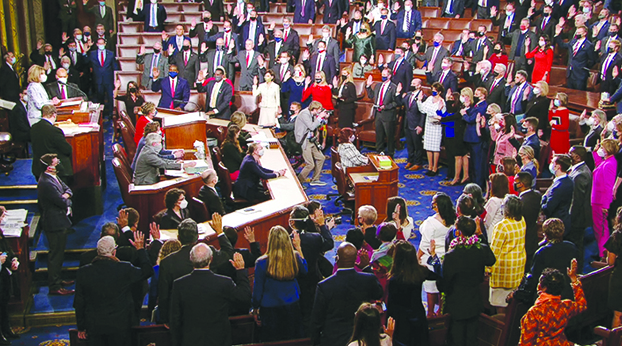 “I’m honored to take the oath of office, alongside my colleagues in the U.S. House of Representatives, as we begin the 117th Congress with 60 new members.

“Over the last four decades, I have witnessed controversy and compromise, turmoil and triumph, but most importantly, the strength and resolve of this sovereign nation has shined through every dark hour.

“We have more resources than ever before to build on the solid foundation for a stronger, more competitive Appalachian region in Kentucky.

“With the comprehensive federal funding package that President Trump just signed into law, we can continue building upon our broadband infrastructure, expand clean water and sanitary sewer access, improve workforce development and job opportunities, help families heal and recover as we combat the opioid epidemic, expand educational and healthcare resources, take better care of our veterans, strengthen coal communities, and much more.

“The year 2020 brought significant challenges for our families and businesses, but we are beginning this new year on the right foot, with massive COVID-19 vaccine distributions, resources to reopen and sustain our economy, and the opportunity to shape a better future each and every day.”