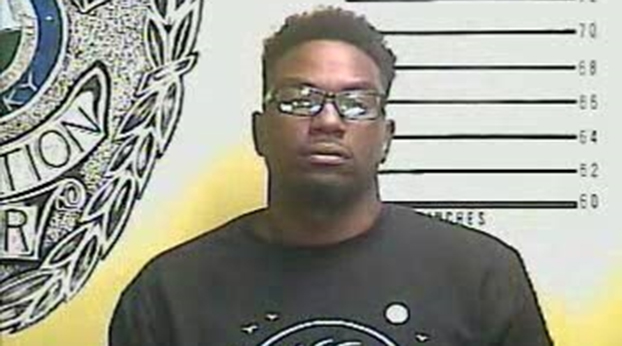 A man is in custody after turning himself in following an alleged shooting in Bell County in the Kettle Island community.

According to a press release, at approximately 12:29 p.m. Bell County Dispatch received a call stating shots had been fired on KY 221 in the Kettle Island area. A male was reported injured. Bell County Sheriff’s Chief Deputy Doug Jordan and Bell County Sheriff’s Deputies Frank Foster and Ron Jordan responded to the scene. The deputies located the victim with a gunshot wound to the arm.

The release states the victim stated a black male was traveling down the road and shot him. At the time Foster on the scene, Bell County Dispatch advised Grigsby had arrived at the Bell County Sheriff’s Office to speak with police about the incident and turn himself in. Grigsby stated he had gone to the Kettle Island area to locate a stolen vehicle belonging to the mother of his girlfriend. Grigsby said as he was driving through the area he heard individuals, including the victim, making racial slurs. Grigsby stated one of the individuals had a weapon so he exited his vehicle and began firing shots in their direction striking the victim.

Kentucky State Troopers Don Perry and Keith Baker, and Bell County EMS also responded to the scene. The case is still under investigation.

Grigsby was charged with first-degree assault and five counts of wanton endangerment (five counts). He was lodged in the Bell County Detention Center.

The legislature’s planned changes in the governor’s emergency powers will address “an institutional situation, not an individual situation” like Gov.... read more