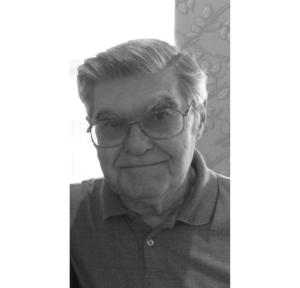 is with deep sorrow and much love that we mourn the passing of our Father, William Tinsley Emmett, of Akron, Ohio on December 12, 2020 at the age of 92 years old. He was preceded in death by the love of his life, Carol Lee Emmett (Siler). They were married 66 wonderful years. He will be lovingly remembered by his brother, Donald Emmett, and sister, Judith Bishop, of Middlesboro, Kentucky, his children, Michael Emmett (Polly), Sandy Pecinovsky (Steve), Cynthia Gray (Jeff), Linda Manfull (Rod), and seven grandchildren and four great grandchildren. Bill was born in Middlesboro, Kentucky, the eldest child of Richard and Gertrude Emmett. He lettered in numerous sports in high school and excelled in football which resulted in being named to the Middlesboro Sports Hall of Fame. Bill was awarded a full football scholarship to Eastern Kentucky University where he double-majored in Chemistry and Math. He was drafted into the Army and served at Fort Detrick during the Korean War. During his service he played semi-pro baseball and football for the Army. He was recruited by Firestone Tire and Rubber Company in Akron, Ohio. During his career there he managed the race tire division and passenger tire development. He and his wife retired to Ocala, Florida for 15 years before returning to Akron, Ohio. Bill was an avid golfer and a long time member of Firestone Country Club.
The family wants to give a special thank you to Heritage Crossing Senior Living in Fairlawn, Ohio for the care and kindness they showed our parents the last years of their lives, to Libby Trent, Physician Assistant, who compassionately managed his care, and to Cleveland Clinic Akron General ER who supported him and his family during his final hours.
Due to Covid there will be no local service. His ashes will be interred in Middlesboro, Kentucky at a later date. The family asks that any donations be made in honor of William Emmett to the charity of your choice. Please visit www.hummelcares.com to share memories or condolences.