‘Serving the public is number one.’ – Miracle retiring after 29 years of service 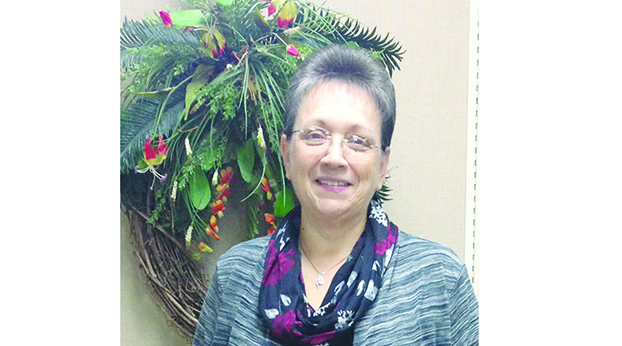 Clara Miracle is retiring as executive secretary for the Bell County Judge-Executive’s office after 29 years of service.

Clara Sue Miracle has been an important part of the Bell County Judge-Executive’s Office for a long while, serving 29 years as the judge-executives’ executive secretary. However, that will be changing soon with her retirement at the end of the year.

According to Miracle, she started her employment with Bell County nearly three decades ago with former Bell County Judge-Executive Curtis Hoskins.

“I started as the executive secretary then,” Miracle said.

“I’ve been here with four judges,” she said.

Miracle said the most important thing about the job is serving the public.

“It’s been important to all the judges that we serve the public and help them with anything they need,” Miracle said. “If we don’t know the answer, then we make phone calls and do our best so they don’t have to go to five other places. Serving the public is number one.

Then we prepare the information for the fiscal court meeting, put the bills in for payment, those are just the highlights. We work on the grants. We work very closely with Frankfort to do the reporting we’re required to do.”

Miracle said the biggest difference between when she started and today is the amount of money available to the counties through coal severance funds.

“Basically, years ago we had more coal mines,” Miracle explained. “Coal severance brought in lots of money. As the mining has gone down, there are less of those funds that come into the county. Then you have to use other funding to help run the county.”

Miracle said her job duties have remained basically the same, but it’s not the job itself she’s going to miss the most.

“I’m going to miss my work family and the people I’ve met through the years,” Miracle said. “I’ve made a lot of friends here and in different counties, as well as the people in Frankfort that I have worked with for so many years.”

Miracle says it is hard to pinpoint what her favorite part of the job has been.

Miracle mentioned there are several folks who never fail to come up and see her when they come in every year to pay their taxes.

“Getting to see those people over and over again means so much to me,” she said.

Miracle said she has no specific plans for retirement.

“My husband and I are both retiring at the same time,” Miracle said. “He had 10 and a half years with the state and 10 and some odd months with the county. So, we’re both leaving, and we are just going to see where life takes us…we’re just going to enjoy life while we’re still young and healthy enough to do that,” she said.

Brook Suman will be taking over the position when Miracle leaves.

“She has been training with me since August,” Miracle said.

Miracle expressed her appreciation for the people she has met through her time on the job.

“I would like to say to all the people who have touched my life through all these years how much I appreciate their kind words and friendship,” she said. “I have made so many friends I couldn’t even begin to tell you…all those friendships mean so much to me.”