2 vaccines may be coming to Kentucky in mid-December 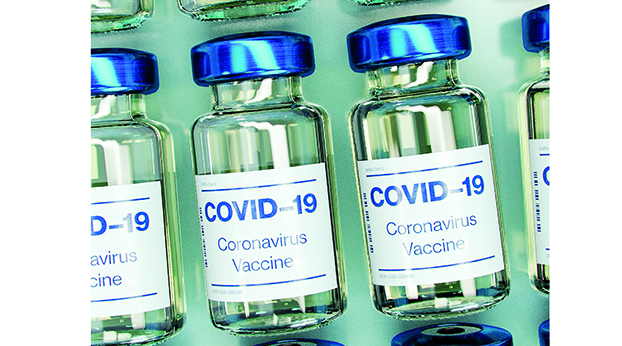 Kentucky Gov. Andy Beshear says a COVID-19 vaccine could arrive in the commonwealth in mid-December.

Gov. Andy Beshear announced on Monday that two vaccines currently being evaluated by the federal government could be available in Kentucky as soon as mid-December.

“We believe that we are going to get our first allocation of Pfizer vaccines as early as mid-December,” Beshear said during a virtual press briefing from the Capitol. “This will all depend on when it gets initial approval, and then the shipping occurs. We believe we could get the first allocation of the Moderna vaccine as early as two weeks after we get the Pfizer vaccine.”

Although the initial allocation is less than what the federal government initially proposed, the Governor still called this outstanding news.

“We will receive in our first shipment of Pfizer vaccine 38,025 doses,” he stated. “We are locking this week our plan to the federal government we will be ready on moment one to provide these vaccines.”

That means initial distribution will go to two groups, 26,000 doses to long-term care residents and staff first, followed by the remaining 12,000 to front-line COVID-19 health care workers. Beshear said they are still finalizing where the initial doses will go, but the vaccines will be distributed across the state.

“We are projected to get 76,700 Moderna vaccinations in our first shipment, which we hope is in late December,” he said. “We are going to be ready. We believe the federal government is going to agree to this plan, and I think it’s going to be their recommendation as well.”

He said the state is participating in a distribution dry run this week, with the two pharmaceutical companies sending an empty shipping container and ancillary kit to the University of Kentucky Medical Center, which they should receive between Wednesday and Friday.

“It’s a test to make sure that the logistical part of us getting the vaccines from the federal government upon ordering them is going to work and work smoothly,” the governor said.

In addition to the first two groups mentioned, the state’s distribution priorities will then be other essential workers, such as teachers; then to those 65 and older, as well as people with other underlying health conditions, as the vaccines are available.

“There is an extensive process in play here. First of all, these companies had to build these vaccines, they had to do the research, they had to demonstrate that they were safe,” said State Public Health Commissioner Dr. Steven Stack. “Concurrently, we’ve had to consider how we will use these vaccines when very small quantities are available at the beginning, but there are many, many people who need the vaccine. The CDC’s Advisory Committee on Immunization Practices is going to have an emergency meeting tomorrow to further refine their recommendations.”

Stack added, “There is a bright light at the end of the tunnel, but we’re not out of the woods yet. If we all mask up and socially distance, we can buy our hospitals the time they need.”

As for Monday’s numbers, 2,124 new cases of COVID-19 were reported to state public health officials, which Gov. Beshear said is the second-highest Monday on record, bringing the pandemic total to 179,041.

The number of Kentuckians hospitalized continues to rise, with 1,741 on Monday. Of them, there were 421 in the ICU and 229 on ventilators.