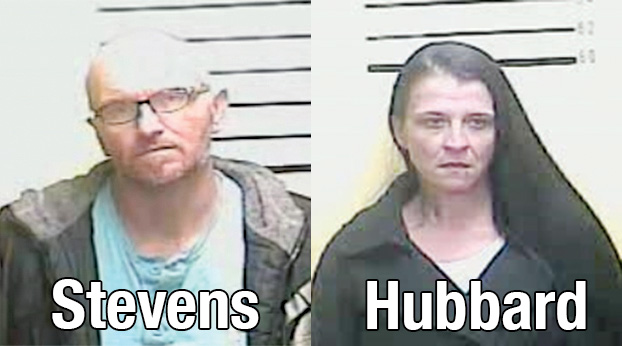 A man is facing rape charges in two separate cases, and one case involves a woman who has also been charged with rape.

According to a press release from the Kentucky State Police, Post 10 Harlan was contacted by Pineville Hospital on Sept. 21, 2017, concerning a possible female rape victim. KSP Trooper Josh Messer responded to the call and began an investigation. Initial investigations indicate a 30-year-old female arrived at Pineville Hospital stating she had pain in her pelvic area and believed she had been assaulted by Stevens in her sleep. Stevens was located and advised of the allegations. Evidence was collected from the victim by Pineville Hospital and Messer collected DNA from Stevens.

The KSP release states Messer was made aware Stevens’ DNA matched evidence from the victim. A warrant was obtained, and Messer located and arrested Stevens on Saturday.

Stevens was charged with first-degree rape and lodged in the Bell County Detention Center.

According to a press release from the Bell County Sheriff’s Office, Bell County Sheriff’s Sgt. Patrick Brooks obtained a warrant on both Stevens and Hubbard. Brooks stated in the warrant the on Oct. 24, “Stevens engaged in conduce which knowingly provided 39-year-old Opal Hubbard with the means or opportunity for the commission of the crime of first-degree rape, by forcible compulsion and which in fact aided such person to commit the crime.”

Stevens was charged with two counts of first-degree rape and lodged in the Bell County Detention Center on a pair of $250,000 bonds.

Hubbard was charged with first-degree rape and lodged in the Bell County Detention Center on a $250,000 bond.