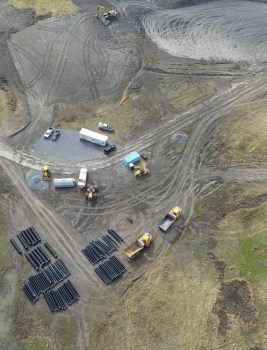 Construction work was being done in 2019 at the site that will be home to the Appalachian Wildlife Center. The center will be a state-of-the-art 80,000 square foot visitor center constructed near Pineville. - File photo 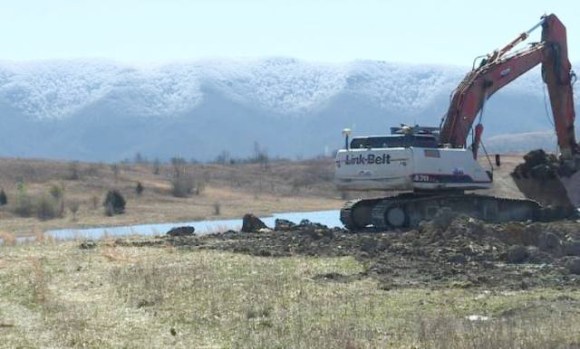 The dream is becoming a reality to many in Bell County as the first piles of dirt were moved in 2019 for the beginning phases of construction for the Appalachian Wildlife Center located off U.S. 119 across the famous “Bridge to Nowhere.” - Photo by Appalachian Wildlife Foundation 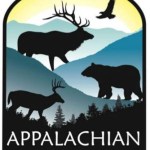 The Bell County Fiscal Court dealt with a variety of county business during a meeting on Tuesday, including passing a pair of ordinances designed to allow a better method of funding the Boone’s Ridge project, formerly known as the Appalachian Wildlife Center.

Bell County Judge-Executive Albey Brock brought up the ordinances toward the end of the meeting.

According to Brock, a better way of financing the project has come to the attention of the Appalachian Wildlife Foundation.

“In the beginning…when we did the financing…they had planned on doing conventional financing,” Brock said. “They’ve now found a company in Cincinnati that’s going to underwrite bonds, which is much better.”

Brock pointed out that the bonds will be industrial development bonds. Such bonds do not have to be paid for by the county.

“I know when you hear the word bond, you think the county’s going to have to pay them,” Brock said. “No, the county is not in any way whatsoever obligated on these bonds.”

Brock further explained the differences in industrial bonds and bonds that must be paid back.

“Those type bonds are known as general obligation bonds,” Brock said. “When you hear that term, then that is the county borrowing money that the county is responsible to pay. But these industrial development bonds are completely tied to the project…I want to be clear; we don’t have to pay them back.”

Brock said there is no negative impact that could occur from the bonds.

Brock performed the first reading of the ordinances.

The panel passed both ordinances with no opposition.

During an interview after the fiscal court meeting, Brock advised that to date, no county tax dollars have been used for the Boone’s Ridge venture.

The court approved the ordinances with no opposition.

In other court activity:
• The court accepted the treasurer’s financial statement for last month;
• The court accepted the sheriff’s claim sheet for fee account for last month;
• The court approved hiring a part-time tax clerk;
• The hiring of three part-time jailers was approved;
• Checks in the amount of $28,825.58 from the Bell County Sheriff were accepted;
• Checks totaling $16,076.37 were accepted from the Bell County Clerk.