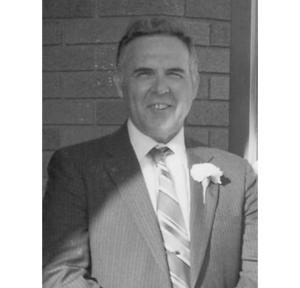 an Yeary died Monday, November 2, 2020 in the ProMedica Monroe Hospital Emergency Room. Floyd was born into the Clarence Edward and Dora Jane (Standifer) Yeary family on July 18, 1933 in the coal mine town of Edgewood, Kentucky. Floyd married the love of his life Sophia Jane Turner on August 4, 1956. He is preceded in death by his wife, parents, sisters: Marie, Mae Rice, Helen Notario, and Betty Beason; brothers: Clay, Jack, Joseph, Fred, R.C., and Jerry Lynn.

He grew up to have a strong faith in his Lord, Jesus. He was taught to read by reading the Bible every evening with his mother, Dora and his other siblings gathered around. He loved spending time with his grandfather, Rev. William Ewing Yeary at Yeary’s Pentecostal Church while he was a young boy. In Monroe, Michigan he helped to build the rafters for the sanctuary at Stewart Road Church of God, where he was a member.
After attending school (Middlesboro High School) in Middlesboro, Kentucky, he went to work at a textile mill, Martin Brothers to work alongside his family to help provide for the extended family living at home. He worked with cotton to make thread to be shipped up to Detroit to make seat covers for the automobile companies. Once the plant shut down, he returned to working with his uncle Joseph T. Standifer during 1949-1950 to work on a contract at Lee University in Cleveland, Tennessee to install a new women’s gym floor and new dorm facilities. He worked with his uncle, Joe, his brother, R.C., and cousin Charles Davis with these projects. After he completed the job, he decided it was time to move North to Monroe, Michigan. He received a job on the C & O Railroad. While working in Saginaw, Michigan he received his draft notice. He would serve four years in the 509 Tank Battalion “Hell on Wheels” of the U.S. Army during the Korean War Conflict stationed at Fort Knox, Kentucky.
Once discharged from the Army he followed his brother Jack to Monroe knowing that his childhood of living in coal Mining camps was not for him. Mining was dangerous work for his father and other relatives; he sought life outside of that kind of living. In Monroe, he gained employment at the DT&I railroad in Flat Rock, Michigan, where he spent 43 years, retiring in 1995 as a Blacksmith in the Car Department.

During his and Sophia’s retirement years they bought a piece of property in Ida, Michigan on Geiger Road. There they met so many new friends that they cherished. Growing up impoverished in coal mines, owing his soul to the company store, he always wanted his own dirt that nobody could take away from him and in Ida he found his dream of farming. Cows, pigs, chickens, and turkeys were now his pride. But growing tomatoes was his favorite. He grew enough to give to his friends and their friends. This year was tough on Floyd, so his tomatoes were grown outside his back door, still enough to feed an Army.
He was a former member of the Stewart Road Church of God, the Ida Farmer’s Co-Operative, and the Michigan Cattlemen’s Association.
Floyd will sorely be missed by his two children, Brenda Kay (David) Jones, and Floyd Edward (Cynthia) Yeary; but not as much as his pride and joy, the five grandchildren, David Robert Jones II, Sara Elizabeth Jones, Macy Brooke Yeary, Christian Floyd Yeary, and Caleb Edward Yeary; sister, Dora Louise (Hugh) Brooks of Sarasota Florida; the entire Turner clan, his second family and all of his nieces and nephews, that made him so much a part of his family, and a host of new found cousins.
Family and friends may call from 1- 6 p.m. Friday, November 6, 2020 at Bacarella Funeral Home 1201 S. Telegraph Road Monroe, Michigan. Funeral services will begin at 6 p.m. Friday at the funeral home, with his nephew, Pastor Nick Wheland officiating. Entombment will be private at Roselawn Memorial Park. All guests are asked to follow all face covering and social distancing guidelines. For those that feel unsafe attending public gatherings, the family understands and asks that you please keep them in your prayers.
Online condolences and special memories may be shared with the family by visiting the obituary page at www.bacarellafuneralhome.com