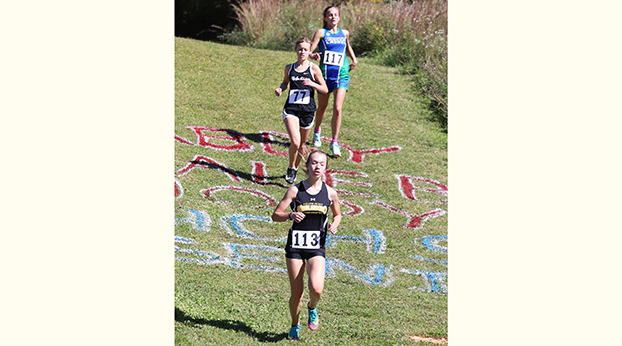 The Middlesboro Lady Jackets and senior Grace Rose swept the team and individual titles on Saturday in the Class A Region 5 meet at Wayne County High School.

Rose was first with a time of 21:19.64, 19 seconds ahead of Lynn Camp’s Abby Mabe. Middlesboro junior Mallory James was third. Katelyn Delk, a senior, was ninth. Kirsten Keith was 14th, followed by Kennadi Larew in 21st, Hannah Fleet in 26th and Kamryn Keith in 39th.

Middlesboro won the team title with 37 points. Williamsburg was second with 56 points, one point ahead of Lynn Camp. Jackson County, with 62 points, was fourth. Buckhorn placed fifth with 137 points.

The Generals finished with 45 points, 10 ahead of Williamsburg. Lynn Camp was third with 61 points, followed by Middlesboro with 67, Somerset with 135, Buckhorn with 178, Red Bird with 179 and Lee County with 183.