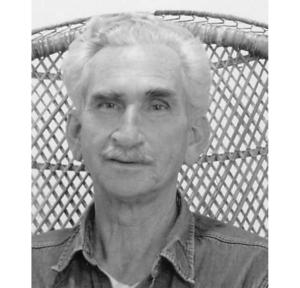 her, age 88, Cumberland Gap, TN, formerly of Tremont, KY, passed away at his home on October 24, 2020 following a brief illness. Daniel was born in Saylor, KY on April 8, 1932, the son of the late James and Mellie Helton Asher. In addition to his parents, he is preceded in death by his brothers: John Asher and T. J. Asher; sisters: Vestina Caldwell and Dorothy Jarvis; son, Daniel Jr.; daughters: Anita Arnett and Kimberly Williams; grandson, Brian Howard and mother of his children, Darlene.

Daniel was a retired coal miner, a 3rd degree Mason for over 50 years at the Wallins Creek Masonic Lodge in Harlan County and a Veteran of the United States Air Force during the Korean conflict and was stationed in Spangdahlem, Germany. He loved work, being surrounded by his family, especially the children, being with his group of puzzle-working friends and had a unending passion for game chickens and roosters.

Graveside service will be 2 p.m., Wednesday, October 28, 2020 at Asher Cemetery with a Celebration of Life following at 598 Tipprell Road, Cumberland Gap, TN.

Due to Covid restrictions, please wear a mask and practice social distancing.

Shumate Funeral Home is honored to serve the Family of Daniel Asher and is entrusted with all arrangements.

Candle Lighting and Guestbook at www.shumatefuneralhome.com