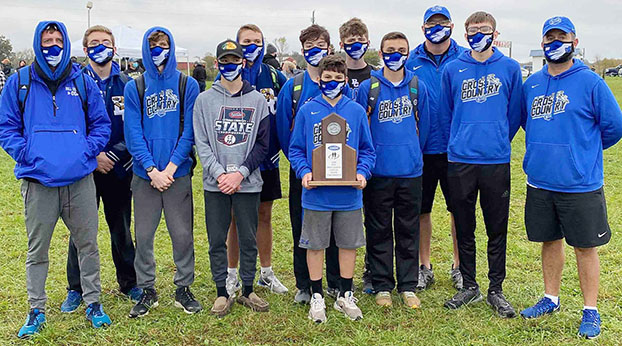 For a Bell County cross country program that hasn’t finished in the top two in a regional meet in over a decade, Saturday’s Region 5 meet at Wayne County was a run to remember.

Bell qualified for the 2A state meet next weekend in Lexington by placing second with 80 points, 54 points behind Corbin. Harlan County was third with 84 points, followed by Boyle County with 88 points and Russell County with 121,

“I’m so proud of this group of boys. They worked hard all season and got a huge payout today,” Bell County coach Jason Stewart said. “We’ve been so close to winning some hardware at region over the years, I think we have six third places at region in the last nine years, so to finally win a team trophy is great. These boys are so happy and proud of themselves.” 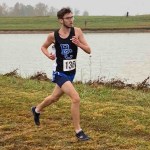 Bell County sophomore Caden Miracle placed second in the Region 5 meet on Saturday with a time of 16:55.69.

Sophomore Caden Miracle again led the Bobcats with a second-place finish 16:55.69, behind only Corbin’s Sean Simons. Nicholas Stewart, a seventh-grader, was 12th overall and Nathan Miracle a sophomore, was 17th.

“Our region is very competitive. In both cross country and track, there is almost always a kid or team from Region 5 that wins state or comes close.  Corbin won the cross country state title last year. That’s what we’re trying to build here so, hopefully, this is another step in that direction,” Stewart said. “Currently, our boys’ squad is ranked ninth in the state. So earning this trip to state will give these guys a chance to go out Friday and show what they can do one last time. It’s going to be a fun race.” 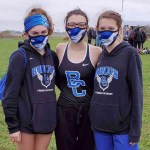 “These girls have worked hard this season. I was so proud of the effort today from all of them,” Stewart said. “Jazmine has been running cross country for years but she had a setback at the start of the season with an injury, so seeing her work through that and make it to state this season really means a lot to me. I’m so proud of the work she’s put in this season. Sophy is one of our new girls. A first-year runner making it to state in our region is awesome and she did that. She’s ran great all season.”

Corbin won the girls’ regional title with 41 points. Boyle County was second with 74 points, one point ahead of Lincoln County. Mercer County, with 81 points, and Harlan County, with 86, rounded out the top five. Lincoln County’s Lucy Singleton was the individual champion with a time of 20:15.83.

” I think next year our girls will make it to state as a team,” Stewart said. “We have a solid core to build around. Kaylin has worked so hard this season and really improved. All of the girls have.”