Charles E. Hodge, 73, of Pineville, passed away on October 21, 2020 at Saint Joseph Hospital, Lexington. He was born in Pineville on December 10, 1946, a son of the late Elmer and Hazel Ward Hodge. He had served his country in the US Army during the Vietnam Era. Charles was a member of Hensley Chapel Baptist Church. He had worked in several different positions, including, assemblyman at General Motors, on a missal tracking ship in Coco Beach, Florida for the US Government, Insurance Agent and a Bell County School Bus Driver. Charles had also been a former active member of the B 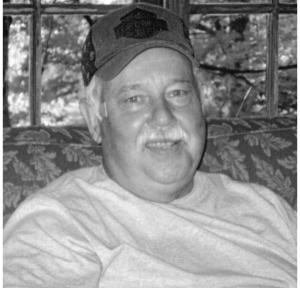 In addition to his parents, Charles was preceded in death by his beloved wife, Mossie Alberta “Birdie” Walters Hodge; brother, Wayne Hodge and sister-in-law, Wilma Hodge.
Survivors include his brother, Gerald Hodge; sister-in-law, Zola Hodge; nephews, Brent Hodge and David Hodge; nieces, Lisa Sawdy, Susan Matingly and Aimee Wyeth and a host of friends.
In lieu of flowers the family has requested donations be made to the Balkin Cemetery.
Services were Sunday at 2:00 PM at the Arnett & Steele Funeral Chapel with Rev. Murphy Buell. Music was by the Hensley Chapel Baptist Church Choir. Entombment was at the Green Hills Memorial Gardens Mausoleum. Pallbearers will be his nephews, Brent Hodge and David Hodge and friends.
The family received friends on Sunday from 11:00 AM until the funeral hour at the Arnett & Steele Funeral Home and Cremation Center, Pineville, which is honored to serve the Hodge Family. Light a candle of remembrance and sign the guest register at www.arnettsteele.com.