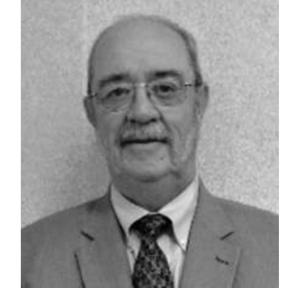 Billy Ward McGaffee, age 75, of Cumberland Gap, TN passed away peacefully on Friday, August 14, 2020 at LeConte Medical Center in Sevierville, TN with his loving family at his bedside. Bill was born August 17, 1944 in Pineville, KY to the late Estil Martin “Dick” McGaffee and Leah Dean McGaffee. He was a graduate of Lone Jack High School and Eastern Kentucky University.

He was a US Army Veteran having served his Country during the Vietnam War. When he returned to Bell County in 1967 following a tour in Vietnam, he met his “city girl” Linda Bailey and as they say, “the rest is history”. Bill and Linda were married June 6, 1970 and celebrated their 50th wedding anniversary this year.

In 1972 Bill became the “Innkeeper” of the Holiday Inn in Cumberland Gap, and thus, the beginning of his love for the Towne of Cumberland Gap. After twenty plus successful years in hotel management both in Cumberland Gap and in Pigeon Forge, Bill had the opportunity to become Personnel Manager at Cumberland Gap Provision, now Smithfield Packaged Meats. He retired from Smithfield in 2010 to enjoy being home and to spend more time with family, friends and his beloved pets, Hubble and Roudy.

Bill loved his family and enjoyed each and every time they would be together. He also loved his church family at Middlesboro Church of Christ and he always found a location where he and Linda could worship when they traveled. He was a member of Shawnee Masonic Lodge 546 in Harrogate and Kerbella Shrine temple in Knoxville. He served several years on the Board of Alderman for the Towne of Cumberland Gap and was Mayor from 2012 to 2016.

Bill was known to play a round of golf, spend a day on the lake fishing or having fun with friends. He enjoyed being with his friends, Gary and Phil, on Sunday mornings during the TriState Gospel Show, having a cup of coffee with the Coffee Club or just sitting on the porch and rocking. Yes, he watched the Kentucky Wildcats on TV until he had to leave the room when they weren’t playing well. He truly loved life and its many blessings. In addition to his parents, he was preceded in death by his sister, Donna McGaffee Stewart; brothers: Larry and John McGaffee; sister-in-law, Bonnie Roark McGaffee and great great niece, Emma Fuson.

A Celebration of Life will be Sunday, October 25, 2020 at 3:30 p.m. at Russell Berkau Memorial Park 601 Penlyn Ave, Cumberland Gap, TN with a visitation at 1:30 – 3:30 p.m. Memorial gifts in memory of Bill may be made to the charity or organization of your choice, Friends of the Bell County Shelter or the Cumberland Gap Volunteer Fire Department.

Shumate Funeral Home is honored to serve the McGaffee Family and is entrusted with all arrangements.

Candle Lighting and Guestbook at www.shumatefuneralhome.com