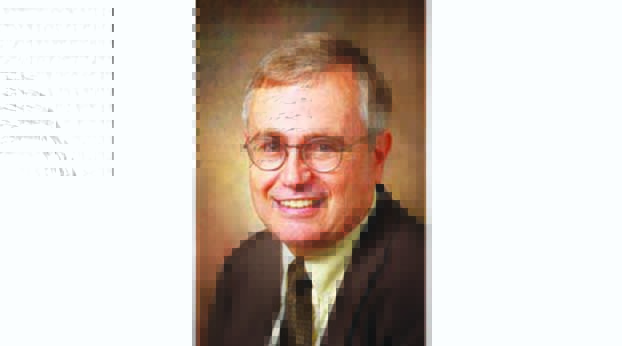 As we approach a crucial election, it’s time to think about the sort of leaders we want and need at all levels of government – especially when strong leadership is badly needed to help save lives in a pandemic.

On that task, our president has failed on almost all counts. I doubt Vice President Mike Pence really believes what he said in Wednesday night’s debate: “From the very first day, President Donald Trump has put the health of America first.” No, Trump has put his political health first, and that’s backfired to the point of risking his personal health.

His failures on this front are well-documented. One of the better recent summaries came in a letter to Robert Redfield, director of the Centers for Disease Control and Prevention, from one of his predecessors, William Foege, who led the eradication of smallpox. He told Redfield:

“Despite the White House spin attempts, this will go down as a colossal failure of the public-health system of this country. The biggest challenge in a century and we let the country down. The public-health texts of the future will use this as a lesson on how not to handle an infectious-disease pandemic. The cause will be the incompetence and illogic of the White House program…  The need for a coherent federal plan, the backbone of every former response, has been ignored, resulting in 50 states developing their own plans, often in competition.”

Which brings us to Gov. Andy Beshear, who had a steep learning curve in mobilizing Kentucky’s response, taking drastic steps to lock down the state, scrambling to find tests and protective gear, and dealing with legal challenges and political complaints from Republicans, including those who control the legislature. He’s given them the stiff-arm, for reasons that are hard to understand, and that will come back to bite him.

The jury is still out on Beshear’s management, partly because the pandemic has limited scrutiny of his work. For example, we don’t really know how much unemployment-benefit delays are due to his administration, to the gutting of that system by his predecessor, or to archaic federal requirements. Other states have had similar issues.

On the core issue, protecting Kentuckians from the virus, Beshear deserves good marks. He responded to a big surge of cases in July by ordering us to wear masks, a highly unpopular step but one that is fully supported by science. Unfortunately, Trump has politicized masks, most recently by making a show of removing one when returning from a hospital stay. In a state where he remains popular, he discourages many people from wearing them.

Now we’re in a third surge, so Beshear is looking in the other direction on the government ladder, to the political leaders of Kentucky’s 120 counties and 418 cities. He wants them to help enforce the mask mandate, or at least publicly encourage compliance with it. London Mayor Troy Rudder, president of the Kentucky League of Cities, told me that Beshear applied only gentle pressure in his conference call with them.

So, cooperation is likely to be spotty. Many local officials will think, “I’ve already got enough to worry about; why should I step into that political minefield?” Well, because you bear some responsibility for the health of your community and its economy, which the virus threatens. Think about it, mayors and county judge-executives.

Local school superintendents and boards have already had to think about it because Beshear has left them with the authority to decide when and how to hold in-person classes – hopefully following state guidelines based on the number of new cases. Infection is so high in some districts that they are scaling back or eliminating in-person schooling, adding to the burden of parents and other caregivers.

In all that tribulation, there is a connection that too many people are missing: If more of us wore masks, there would be fewer infections, and life would be closer to normal. That’s what local school and political leaders need to help their communities understand.

The most effective measure could come from retailers. They should tell people who try to check out unmasked: “Your money’s no good here unless you’re wearing a mask.” Yes, some would get mad and take their business elsewhere. But if most retailers in a locality agreed to do it, led by local officials, compliance would soar and infections would plummet. Maybe that’s what Beshear should ask them to do, and perhaps his pressure shouldn’t be so gentle.

Al Cross (Twitter @ruralj) is a professor in the University of Kentucky School of Journalism and Media and director of its Institute for Rural Journalism and Community Issues. His opinions are his own, not UK’s. He was the longest-serving political writer for the Louisville Courier-Journal (1989-2004) and national president of the Society of Professional Journalists in 2001-02. He joined the Kentucky Journalism Hall of Fame in 2010.

An organ donor truly gave my family the gift of life

My family celebrated my dad’s birthday last weekend. In most ways, it was a typical birthday celebration. In other ways,... read more