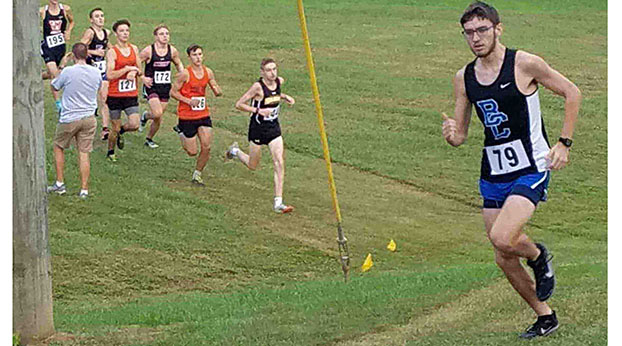 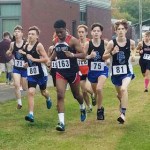 Bell County sophomore Caden Miracle was both a winner and record-breaker on Thursday in the Middlesboro All-Comers as he took first place with a course-record time of 16:10.38, leading the Bobcats to the team title in the process.

“Caden really got out and raced hard today. Him setting a course record tonight was icing on the cake as they say,” Bell County coach Jason Stewart said. “I think he’s setting himself up nicely for a big state meet race this year. The boys raced hard tonight. It was a great effort from all of our guys. I think we are exactly where we should be with region coming up in two weeks.”

Bell finished with 30 points, 26 ahead of Williamsburg. Whitley County was third with 63 points and Middlesboro was fourth with 78 points.

Nicholas Stewart was fourth and Nathan Miracle placed sixth to give the Bobcats three in the top 10. James Arno and Hayden Green placed 13th and 14th, respectively. Jacob Robbins was 20th.

“I loved the effort out there from Nathan Miracle. He really pushed himself tonight and it showed,” Stewart said. “It was also another big race from Nickel on the varsity stage. I’m really loving his effort and work ethic. All of these guys are bringing it. They just have to stay focused.”

Brendan Delph led Middlesboro was he placed  third with a time of 17:56.72. Ozzy Norris was seventh.

Middlesboro had the top two finishers in the girls race, with Grace Rose at 20:21.81 and Mallory James at 21:16.72 to win the girls team competition with 29 points. Williamsburg was second with 57 points, followed by Lynn Camp with 78 points, Bell County with 80 points and Whitley County with 91. 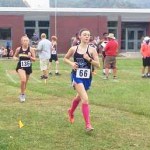 “I really loved the effort from these girls tonight,” Stewart said. “Sophy and Jaz really got out there and raced hard. Both set season PR’s tonight. Kaylin had a nice race and another PR as well. Lily and Sara keep improving each race. None of these girls are seniors, I think this girls team will really improve as they keep working hard.”

Harlan and Bell County each had strong showings in the elementary school division.

“I love what I’m seeing from my elementary boys every race. These three young men work hard and it shows, I had been waiting for Jacob and Tanner to go 1-2 in a race,” Stewart said. “I know being brothers it has to mean a lot to them. Eli also has worked hard all season, he’s really turning himself into a great runner.”