Bell falls to Rockcastle for first time in 14 years 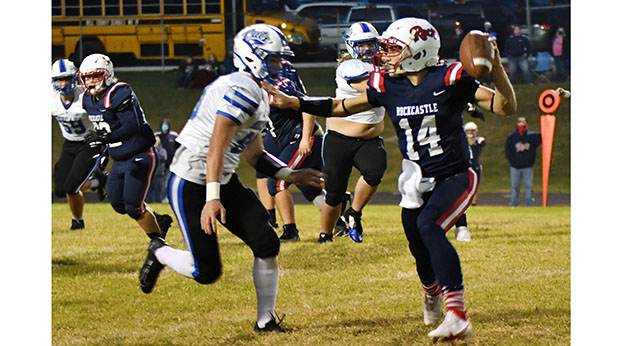 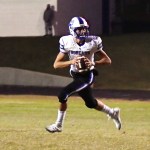 With three state championships to his credit, Bell County coach Dudley Hilton knew from experience that last year’s trip to the 2019 state finals would make life that much more difficult for the 2020 Bobcats.

It’s a lesson the Bobcats may have learned for themselves Friday in a 13-7 loss at Rockcastle County.

“We’re playing teams that are hungry for us. We’ve had a lot of success the last couple of years,” Hilton said of the Rockets’ first win over Bell since 2004. “We don’t realize how hard it is to go to Rockcastle and play. Now we’ve learned our lesson if we get another chance at them. That’s the first time we’ve played on a grass field in almost a year. We just don’t realize how fired up people will be. We mercy-ruled Rockcastle twice last year, so you know they will be hungry.”

Senior quarterback Noah Parkey ran for a team-high 73 yards while completing three of five passes for 34 yards to lead the 3-1 Rockets.

“Our offense was solid all night,” said Rockcastle County coach Scott Parkey. “Bell’s defense is outstanding. Our guys knew that a 3-yard gain was something to celebrate against such a tough defense. We were able to stay patient all night. Noah Parkey was great from the quarterback spot. Matthew Chasteen had a great game as well.”

“Rockcastle played real well and they played hard,” Hilton said. “Our kids played hard too, but we had three or four who didn’t perform like they should.”

Bell scored first as Cameron Burnett teamed with Jonathan Lankford for a 5-yard touchdown pass on the second play of the second quarter. Aaron Dean’s extra point gave the Bobcats a 7-0 lead.

Parkey found senior tight end Rylee Deleon for a 23-yard touchdown pass in the third quarter. The extra point was no good but the Rockets had the lead and the Rockcastle defense held the remainder of the game.

Our defense was really tough all night,” Parkey said. “We forced turnovers that the offense then capitalized on. Drew Mink was great with two picks, a couple of awesome pass breakups and several tackles.”

“We made three costly turnovers and that’s not in our plans,” Hilton said. “We have to get away from the turnovers. We are also still trying to learn our identity.”

Rockcastle’s last win over Bell County was a 13-0 victory on Nov. 10, 2006, in the 3A regional finals when Tom Larkey coached the Rockets.

“We don’t worry about the past or the future — we focus on where our feet are, but our kids played great,” Parkey said. “They believe we are a good football team and wanted to prove it. They played mentally and physically tough all night long.”