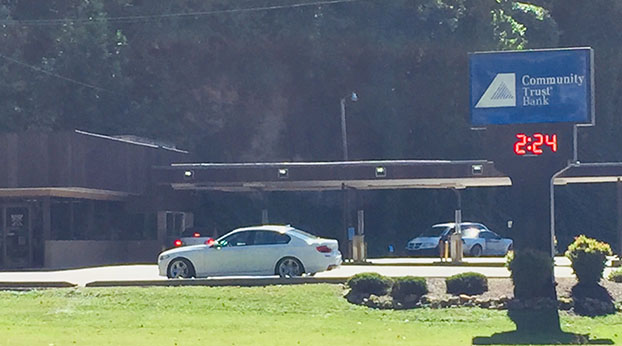 The FBI is investigating an armed bank robbery that took place in Pineville just before 1 p.m. on Tuesday, Sept. 29.

A female suspect is being sought who reportedly left the Community Trust Bank on Highway 25E in Pineville with an undisclosed amount of money. The woman reportedly fled in a maroon hatchback SUV, but the direction of travel is not known.

According to Chief Deputy Doug Jordan with the Bell County Sheriff’s Office, his agency was an initial responder, but the case has since been handed over to the FBI and no further information is available at this time.

Katie Anderson with the FBI’s Louisville office said her agency is coordinating with the bank as well as law enforcement partners and will release more information as it becomes available.