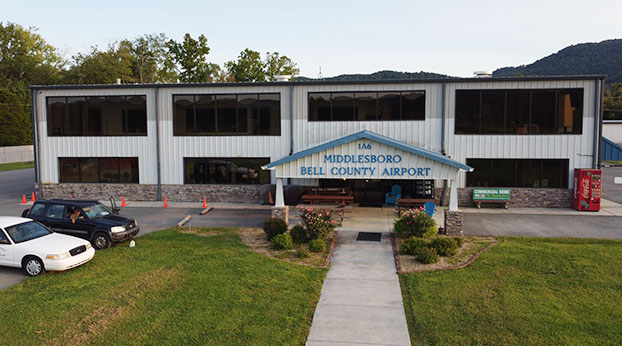 Improvements at the Middlesboro-Bell County Airport are continuing. At a recent meeting, the Middlesboro City Council got an update on the work being done.

Mayor Rick Nelson called on council member Glynna Brown, who provided details of the work being done. Brown told the panel the airport’s runway had been in need of some improvements.

“The state saw that we needed that,” Brown said. “We’ve just finished the runway paving, and we’ve had some drainage issues and they’ve finished that for us.”

Brown explained the airport is now back open for business following the repairs.

“We’ve been closed for a little over 21 days,” Brown explained. “It’s taken its toll, but we’re glad to have the airplanes back.”

Brown mentioned there are approximately 40 aircraft currently based at the facility.

“We have about 30 businesses that use the airport,” she said.  “This is a very important part of the economy here in Middlesboro.”

Brown said there is a large amount of business traffic at the airport as well as many recreational visitors who come through the facility.

“It’s an important piece of the puzzle whether you fly or not,” Nelson said.  “Glynna, you’ve done a fine job there. This is a beautiful facility.”

Nelson mentioned Brown has applied for multiple grants for the facility.

In other news, the council also acted on six applications to take part in an incentive package previously adopted.

“As you know, we passed an incentive package to help our local businesses,” Nelson said.  “We have received…new considerations for approval.”

Nelson explained the incentive program encourages businesses to make improvements or build in the city.

Following some discussion, the council voted to approve all six applications.