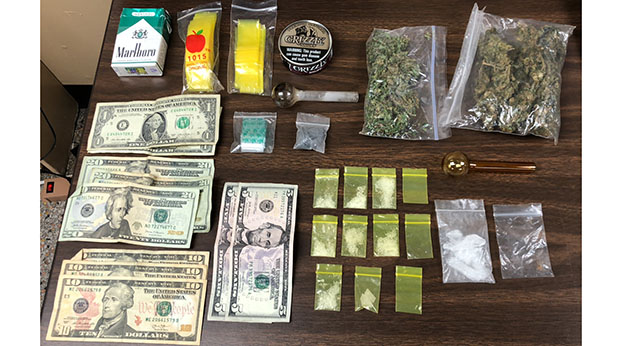 According to a press release, Bell County Sheriff’s Deputies Adam Southern and Frank Foster were patrolling near Bradfordtown Road on Monday night due to recent drug activity complaints. While patrolling, Southern came across several individuals in the yard of a residence which included Paul Holland, 44, who ran from the scene. Southern was aware Holland had an active warrant for his arrest. Foster stayed at the scene while Southern pursued Holland for approximately 100 yards. During the pursuit, Holland was observed throwing baggies and attempting to hide a backpack under some brush. Holland surrendered and was arrested.

Also arrested on the scene were: