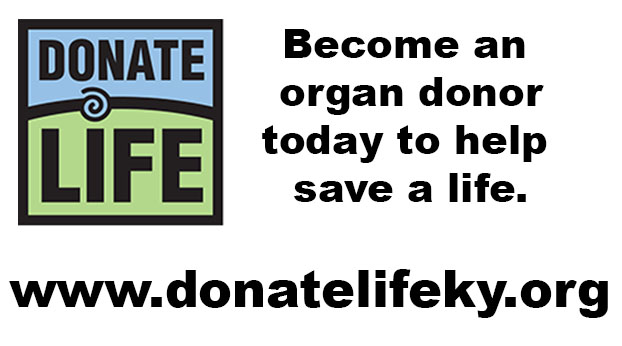 An organ donor truly gave my family the gift of life

This was a birthday Dad probably wouldn’t have had without the miracle of the heart transplant he received three years ago this coming Tuesday, Sept. 29.

In a way, it was a long time coming, but in other ways, the wait was extremely short.

Dad’s heart problems began when I was in high school, and he was about to turn 37 years old.

In the summer of 1988, I was gone on a trip with friends to Charleston, South Carolina. My parents were home and my mom was getting ready to go to a friend’s wedding just up the street from our house. Dad was home, and he would stay there. He wasn’t feeling well, but he wouldn’t tell Mom before she left. He’s never been one to complain, and this day was no different.

Less than an hour later he suffered a massive heart attack. He was lying on the kitchen floor, unable to reach the wall-mounted phone in the kitchen to call for help.

It was nothing but God’s plan that he would survive because as he lay on the floor suffering a heart attack, that wall-mounted phone rang. He was able to grab a nearby broom and knock the phone off the hook. The person on the other end of the line was one of his best friends, and Dad uttered the only words he was able to get out – “I’m dying.”

His friend, who lived very close to us, rushed to the house, eventually broke down the door, and called 911. Dad was flown to UK Medical Center in Lexington. He spent several weeks in the hospital, but he survived. Doctors later told us they didn’t expect him to.

Over the years, his heart problems continued, and he had numerous procedures and surgeries. His heart continued to weaken, and in June of 2017, he went into the hospital for a heart catheterization. As they prepared him for it, doctors did some tests that determined they were unable to do the procedure. In fact, they told him there was nothing they could do for him. His heart continued to deteriorate and was functioning at a very low rate. A transplant was the only option.

It wasn’t easy news to process, but it was his only hope. He would simply have to wait. Doctors told us that some patients wait months or even years to receive a transplant, while others die waiting for one.

Dad was officially placed on the transplant list and told to stay in Kentucky and to not go more than two hours away from the hospital. He had to be able to make it there quickly for the transplant if a heart became available.

The wait began, and honestly, we didn’t expect to hear anything any time soon. But that all changed just three months later.

It was Thursday, Sept. 28, and I was just sitting down to dinner with my wife when the phone rang. On the other end was my stepmom. When I answered, all I heard her say was, “It’s time.”

At first, I wasn’t thinking of the transplant, but I quickly realized what she meant. We put dinner on the back burner, literally, and headed for the hospital.

After getting Dad settled in, we were told the transplant would take place the next morning. It became apparent that the donor was not local, and the organ had not yet been harvested. The next morning Dad had to be evaluated and the heart tested to make sure it would be a match. Even with all of the excitement and everything going on, it was possible that the heart would not be a match, and we would all go home and have to start the waiting all over again.

Our prayers were answered, and the heart was a match for Dad. He was taken back for surgery at 10 a.m. and came out just before 7 p.m. that evening. That was one of the longest days I’ve experienced.

Around 7:30 p.m., Dad was in a room in the intensive care unit and we were able to see him. Everything appeared to have gone well according to the doctors, although they stressed that the next few days would be tense. They kept him medicated and unconscious, breathing on a ventilator. Finally, on Sunday they dialed his medications back and he began to wake.

The surgery had been a success and the new heart was beating strongly in his chest. He experienced relatively little pain, other than what doctors said should be expected after such a procedure. In no time, nurses began to get Dad out of bed and into a chair, and then it was on to walking short distances with a walker.

Those short walks turned into longer ones around the intensive care unit, and just more than a week after receiving a new heart, Dad walked from his room in the ICU and down the hall to a regular room on the same floor.

Twelve days after receiving a new heart he got to go home.

A miracle. That’s all I can call it. I know heart transplants are much more common than they used to be, but still, it’s nothing short of amazing. To stand beside my dad, place a stethoscope in my ears, and listen to that heart, his new heart beating, was simply a miracle.

There was a long road ahead, but things have gone well, and Dad continues to enjoy life, celebrating birthdays and experiencing other milestones I honestly didn’t think he would get to see, including two college graduations for my son. I had thought about those events before they happened, and before the transplant, I really didn’t think Dad would live to see them, and the odds are, he wouldn’t have. But God clearly had different plans, and our entire family has been blessed thanks to the selflessness of a donor who provided a lifesaving transplant.

We still don’t know anything about Dad’s donor, and we may never know. It’s all up to Dad to make the decision to reach out to the donor’s family. Immediately after the transplant, he expressed guilt that he was able to live because someone else had died, and I think a little of that still exists in him. One thing we do know about the donor is that not only did they save my dad’s life, they also saved others. Doctors told us that “several people” benefited from the donor who provided Dad’s heart, and at least one lung and one kidney transplant were performed in that hospital the same day.

I don’t know about you, but I am now a registered organ donor. When God decides it’s time for me to leave this world, I’ll no longer be able to use this body, and if anybody can benefit from any part of it, I would be more than happy to give someone else the same gift my family received.

If you want to become an organ donor, you can sign up at your local circuit court clerk’s office where you receive your driver’s license, or by visiting donatelifeky.org online.