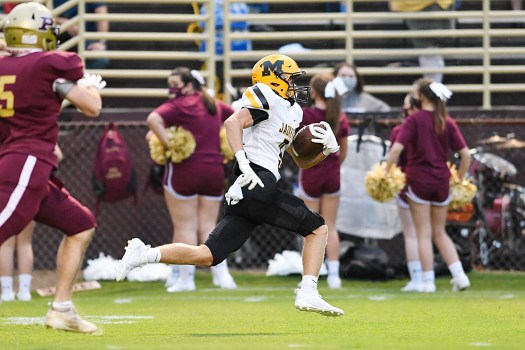 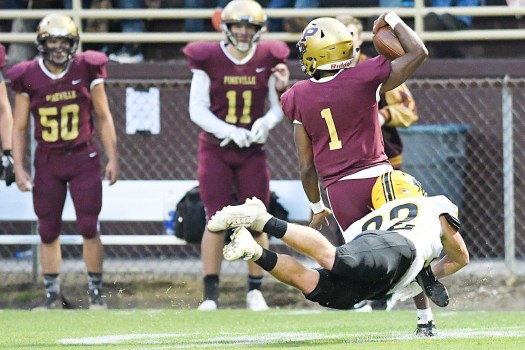 Devon Morris makes his way into the end zone for a Pineville touchdown as Middlesboro's Tyler Kelly (22) dives in an attempt to make a tackle. Morris rushed for 100 yards in the game. (Danny Vaughn photo) 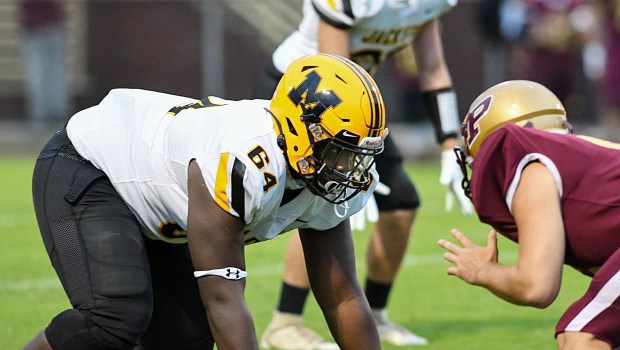 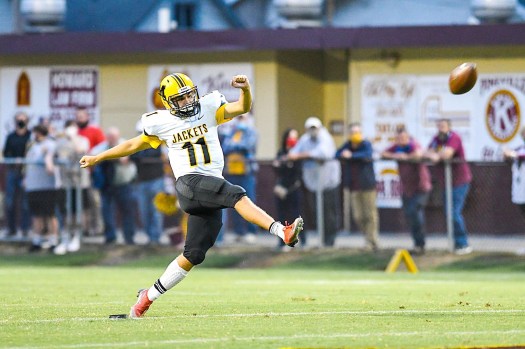 Tyshawn Simpson kicks off for Middlesboro. He had one field goal on the night. (Danny Vaughn photo) 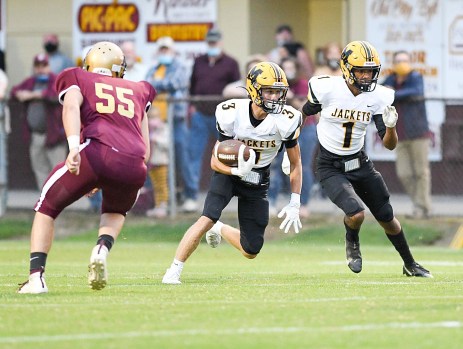 Middlesboro and Pineville met up in an intercounty battle Friday night, and the Yellowjackets came away with the 35-20 victory.

The Jackets used a balanced running attack that netted nearly 200 yards on the ground between five ball carriers. Caleb Bogonko led the way with 77 yards on 20 carries, while Eric Helton (17 for 63 yards), and Riley Gent (7 for 38 yards) led the way, and Tyler Kelly and Ethan Barton rushed one time each for 11 and 2 yards respectively. Gent found the end zone twice and Helton added a touchdown of his own to pace the scoring for Middlesboro.

Despite coming out on the short end of the scoring, Pineville got a 100-yard night out of Devon Morris, who carried the ball 12 times to hit the century mark while also scoring a touchdown. Noah Caldwell and Reece Capps rushed for 55 and 47 yards respectively, with Capps adding a touchdown.

Through the air, the Mountain Lions got 85 yards from Capps, who completed five of 17 passes.

Middlesboro improved to 2-0 with the win while the loss put Pineville at 1-1.

Middlesboro will travel to Morgan County (0-2) Friday, while Pineville will be on the road in Frankfort to play Western Hills (2-0).