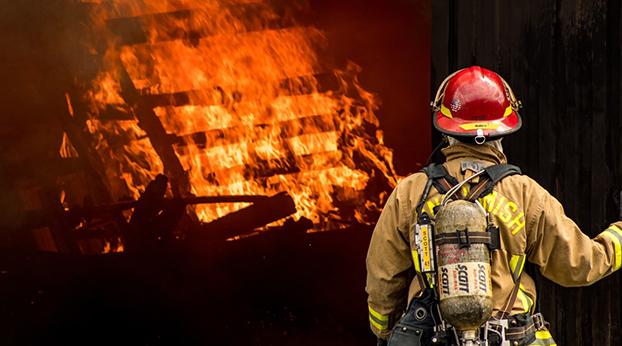 Mayor Rick Nelson called on Middlesboro City Fire Chief Robert England to bring the council up to speed regarding grants awarded the department.

England explained a grant had been acquired to help with the cost of breathing equipment.

“This bag right here has the grants for our SCBAs,” England said.  “That’s our breathing apparatuses.  All of ours are going out of date by the end of this year, so we were going to have to come up with something in the budget to purchase these.”

According to England, he worked with a grant writer to apply for grants.

“I was skeptical if we were going to get any of them,” England said.  “It’s a time-consuming thing, a lot of effort goes into it and you get turned down a lot.”

“We were awarded two of them,” England said.  “One is for $140,000 that will buy all the SCBAs that we need for our department. This should keep us in compliance for the next 15 to 20 years.”

England said he expects to receive the equipment within the next 60 days.

“These are top of the line,” England said.  “They’re really nice, and our guys deserve these. I just want to thank the mayor for allowing me to apply.”

England explained the grant will pay $133,000 of the total cost.

Nelson inquired about the cost for the grant writer.

“I was grateful for that,” England said.

England also advised the council a grant has also been awarded to pay for a new pumper truck.

“We’re probably going to go with a spec-built truck that’s specific to our city…and our needs,” England said.  “The only thing is that slows delivery down about 7 months. We’re okay with that, I can get the truck at a better rate.”

England estimated the remaining cost to be approximately $22,000.

“We’ve got a couple little add ons that wouldn’t be in that price that we really need on there, and I think we can afford it,” England said.  “So, within the next 7 or 8 months, we should have new air packs in the station, and we should have a new truck.”

England mentioned the truck will replace one that is approximately 30 years old.

England advised the council a pair of $10,000 grants have also been awarded for the purchase specific equipment.