Downtown getting a new look with murals 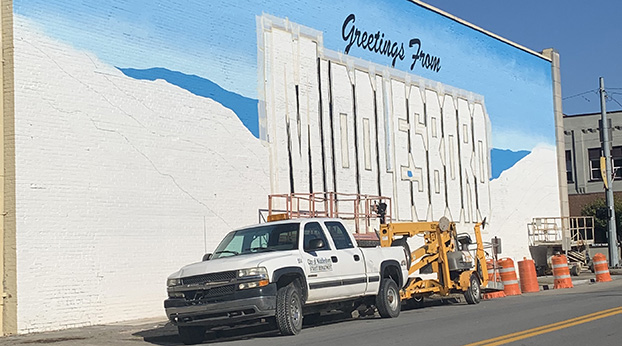 Two murals in downtown Middlesboro are now underway. Work on the projects is being done by artists from several states, and as far away as California. (City of Middlesboro)

The Middlesboro City Council was updated on projects being tackled by the Middlesboro Main Street program during the panel’s Sept. 15 meeting.

Mayor Rick Nelson called on Main Street Executive Director Larry Grandey, who advised the council concerning a grant designed to help ease the costs of environmental studies that must be completed before properties can be sold.

Grandey said he is excited about the grant.

“This is the first time that this kind of grant has been awarded to the entire county,” Grandey said.  “Typically, it’s awarded to just a city, but this is including the city of Middlesboro, the city of Pineville and all of Bell County.”

Following the meeting, Grandey clarified a few details of the grant.

Grandey also mentioned a pair of murals going up in Middlesboro.

“We have two murals going up,” Grandey said.  “One on the Tamer building, the other at Levitt Park. Both of those will be underway.”

The Tamer building is located at the corner of 19th and Cumberland, with work scheduled to begin at 10 a.m. Friday.

Grandey mentioned a group of artists will be working on the Tamer building, with a group of five artists coming from California and another three artists from other states will be assisting.

The project at Levitt Park will be handled by a local artist, who Grandey says is known for her realistic depictions of horses. 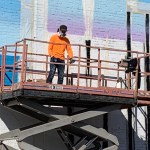