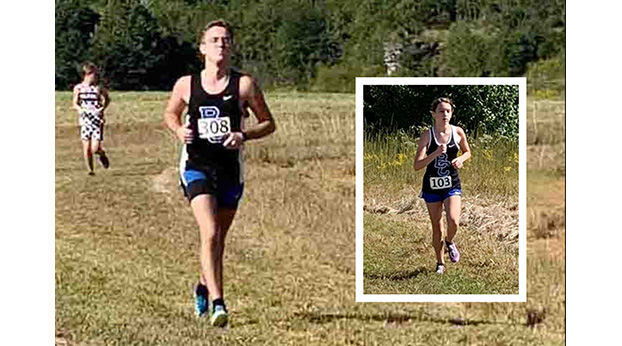 Bell County placed fourth and Harlan County was fifth in the boys’ race at the Wayne County Invitational on Saturday.

Daniel Joseph was 18th for the Bears, followed by Matt Yeary in 24th, Lucas Epperson in 33rd and Cooper McHargue in 43rd.

“Today was an important day for our guys. We needed this type of performance for our confidence,” Harlan County coach Ryan Vitatoe said. “Caleb ran very well and was in the thick of it. Lucas, Daniel, Matt and Cooper ran great. Our other guys ran well also. They are all finding their footing. What I really enjoy about this group is how well they listen, not only in practice, but during competition. They are a very coachable group without any ego. That bodes well for us.”

“I think overall we had a great day at Wayne today,” Bell County coach Jason Stewart said. “ I saw a few things we need to work on, but I sure loved how hard they all competed. We are moving in the right direction. I told my team just keep putting the work in and the rest will take care of itself.”

Corbin won the girls race with 58 points, 10 ahead of Southwestern and North Laurel. Pulaski County was fourth with 84 points, followed by Harlan County with 131, Williamsburg with 135 and Lynn Camp with 154.

“I thought there were lots of bright spots at this meet today. The boys ran really well with four guys under 21 and another very close. I challenged them this week to increase their effort, and I feel like they stepped up to the challenge today. We were short one of our top guys, but these guys battled through,” Vitatoe said. “There were several bright spots with the girls today as well. We have several who are showing significant signs of improvement. Olivia had a big PR today, as did Leah and that was a good step for them. I thought Riley and Peyton were sharp as well. All our girls are fighting to improve and I’m pleased with how hard they are working. This is a marathon, not a sprint. We definitely need to improve our focus on meet day, as well as staying positive. We’re much better in those areas, but we need to keep improving as those are such an important factor for success.

Sophy Jones was 15th and Kaylin Hickey was 40th to lead the Bell girls.